Freezing at the Forty Foot

Hardy Irish souls have been swimming off the rocky promontory known as the Forty Foot for over 250 years. Located in Sandycove, at the southern tip of Dublin Bay, the Forty Foot is the stuff of legends, immortalized in James Joyce’s Ulysses with Buck Mulligan waxing lyrical about “The snotgreen sea. The scrotumtightening sea.” Joyce himself lived in the Martello tower directly adjacent to this swimming hole and at the time he frequented this swimming hole, it was a men-only site where skinny dipping was de rigeur. It remained off bounds to women until the 1970s when, faced with protests, the gentlemen reluctantly admitted ladies onto the hallowed rocky slopes of the Forty Foot. The onsite changing rooms and clubhouse kitchen, however, remained strictly blokes only all the way up until 2014, when rules were changed to allow women full membership to the Sandycove Bathers’ Association who run the bathing spot. Now all that remains of male exclusivity is a weathered sign on the wall. 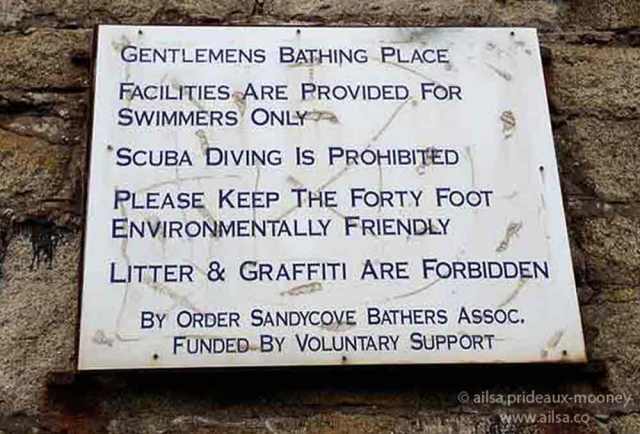 While the spot is used by locals year round, some folk like to take a dip on Christmas Day, and for others it has become a time-honoured tradition to start off the New Year with a plunge into the icy cold waters of the Irish Sea.  Further south, residents of Bray line up along the promenade to rush into the water on the dot of noon, but many people travel north to the Forty Foot to brave the sting of the sea there. I met up with a group of friends this New Year’s Day; we got there well before noon so we had the place all to ourselves. 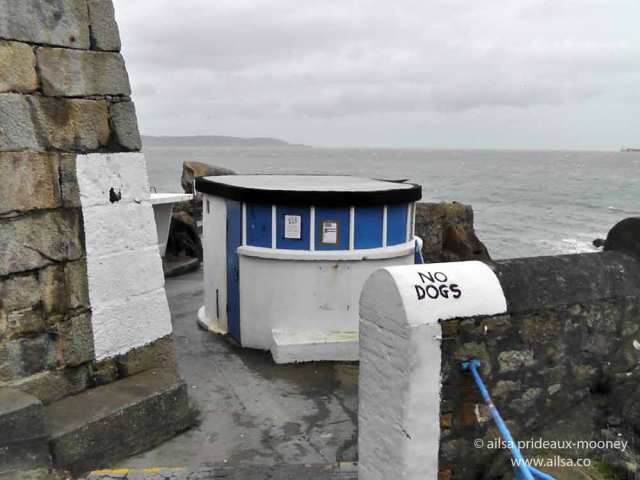 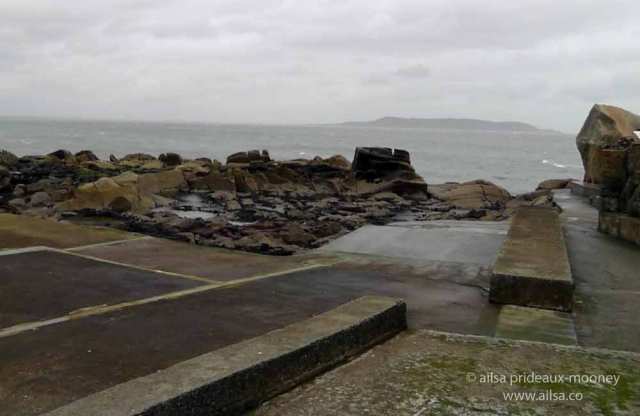 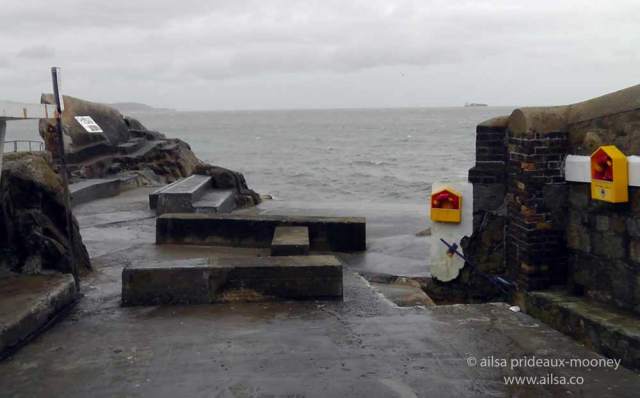 The tide was out so we ventured north to the next Martello tower at Seapoint, and walked into the water there. The sea level was so low we had to walk for what seemed like miles before reaching water deep enough to dip down into and swim, and the walk back almost turned me into a human popsicle with the wind biting and the waves crashing all around. But I had planned ahead and brought a hot water bottle with me. I figured if I got really cold I could empty the contents over my head to warm up, but as it turned out, snuggling up into it was more than enough, once I’d struggled back into my winter woollies. Piping hot cups of soup with brown bread, Christmas cake with coffee and a wee nip of Jameson chased away any residual chill and just like that, the New Year began with a splash.

Hi there! I’m Ailsa Prideaux-Mooney. I’ve lived in many places, and travelled to many more. I had a lot of fun getting there and being there, wherever there happened to be at the time. I climbed a castle wall in Czesky Krumlov, abseiled down cliffs to go caving in the west of Ireland, slept on the beach in Paros, got chased by a swarm of bees in Vourvourou (ok that wasn’t fun, but it was exciting), learned flower arranging in Tokyo, found myself in the middle of a riot in Seoul, learned to snowboard in Salzburg, got lost in a labyrinth in Budapest and had my ice cream stolen by a gull in Cornwall. And I’m just getting started. If you’ve enjoyed what you’ve read so far, I’d love you to follow my travelogue - wheresmybackpack.com - and remember, anyone who tries to tell you it’s a small world hasn’t tried to see it all.
View all posts by ailsapm →
This entry was posted in Ireland, Photography, Travel and tagged history, humor, inspiration, ireland, photography, photos, pictures, travel, writing. Bookmark the permalink.

16 Responses to Freezing at the Forty Foot