Kilmore Quay on the south coast of Ireland is everything you might imagine a fishing village to be. It is the kind of place where nautical themes abound… 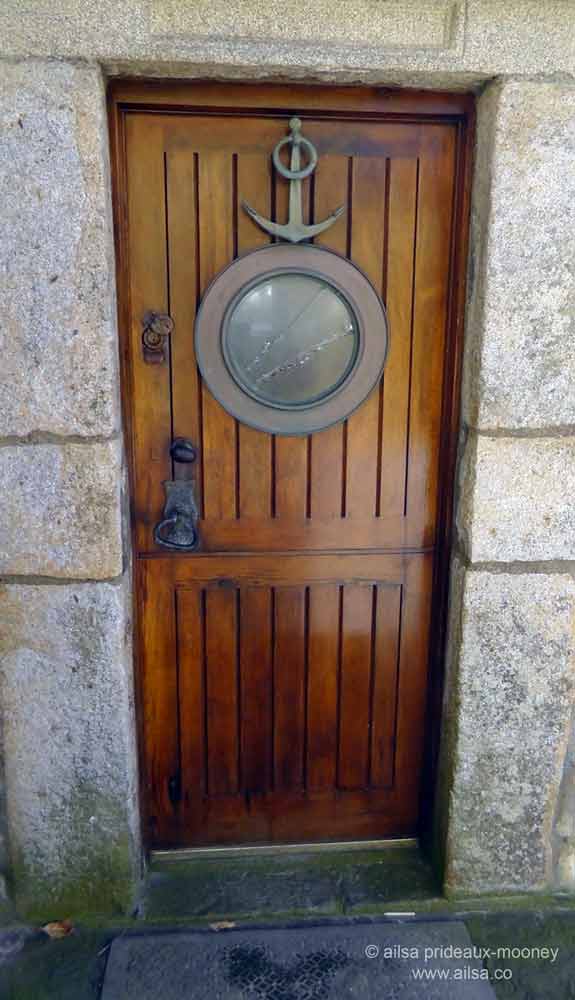 …where brilliant blues cosy up beside sparkling whites… 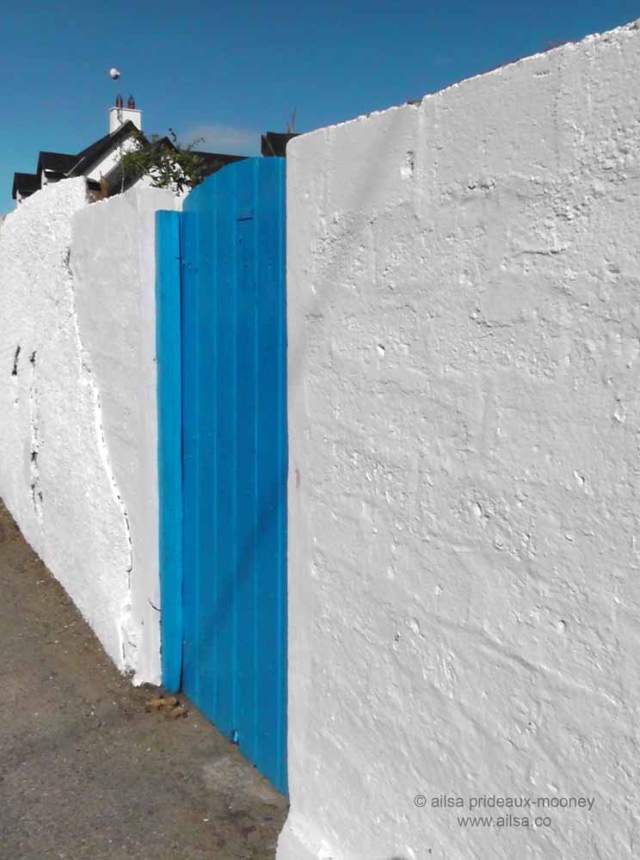 …a place where dogs take themselves for walks. 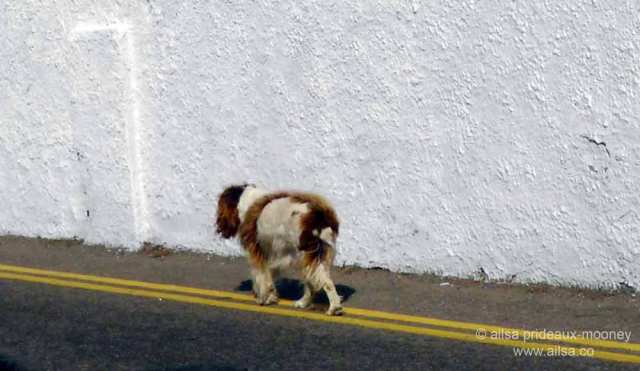 The village starts atop a hill; the road lined with pretty little thatched cottages. 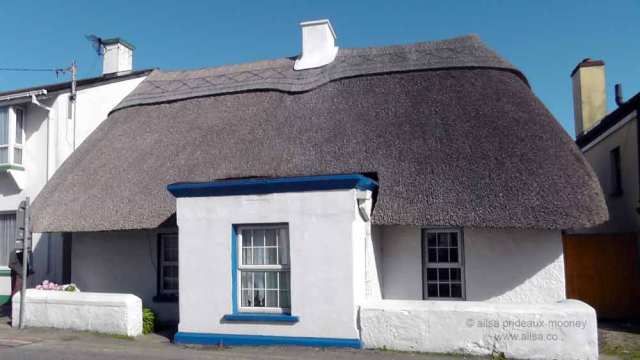 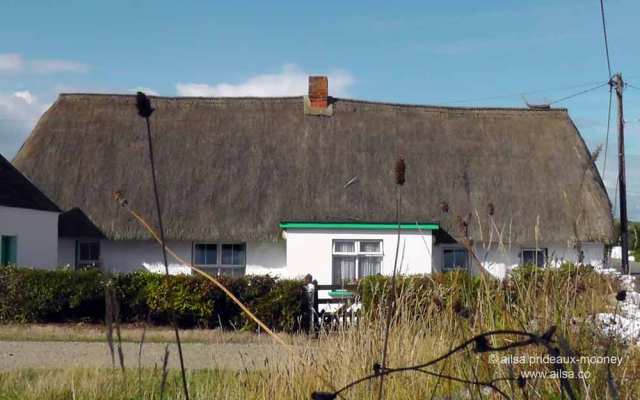 Up close, the thatch on the rooftops is surprisingly thick. It must weigh a tonne, especially when it gets wet, but I bet it provides a great home to a large range of wee beasties. 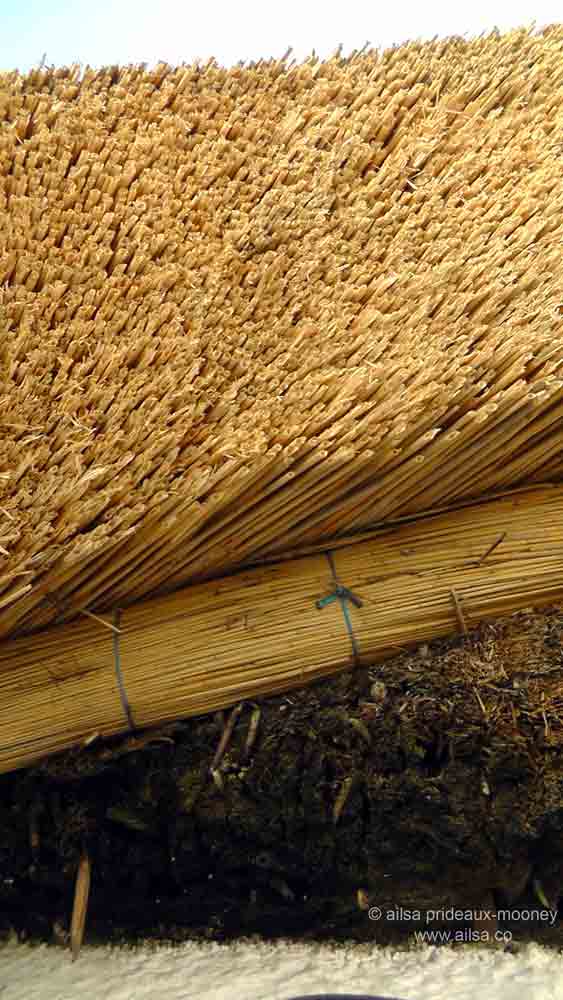 Following the main street down to the coast I found a small marina, its turquoise waters busy with colourful fishing boats. 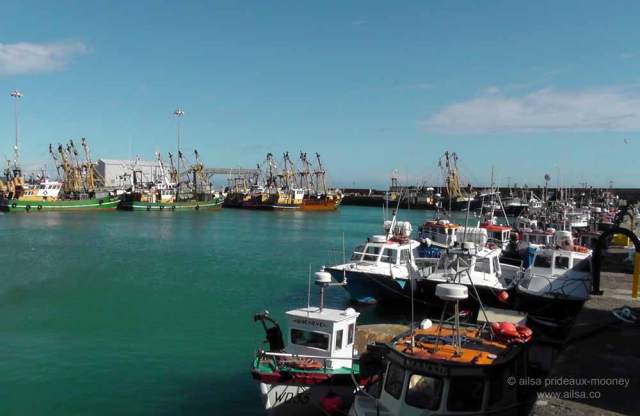 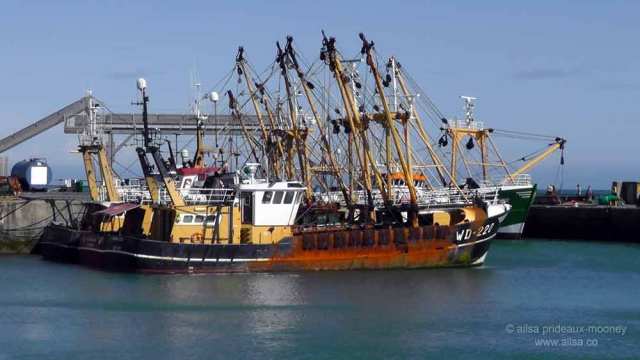 Although it was sunny, the winds were bracingly strong and there were no boats out fishing. This stretch of water can be deceptively wild. Lobster pots were stacked high against the marina walls waiting for their next excursion. 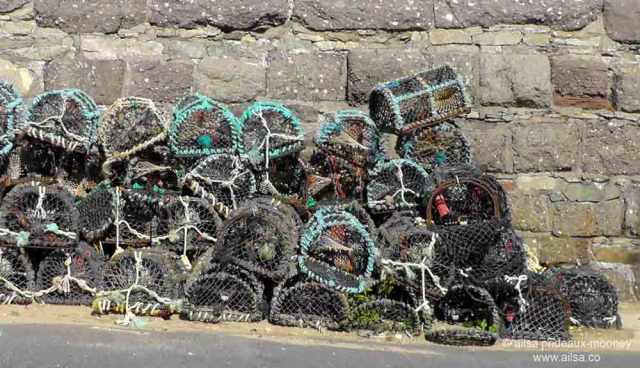 The Saltee Islands lie just a few miles out to sea and are home to all kinds of birds and marine life. Puffins, dolphins, whales and seals abound in this natural wonderland. Both islands are privately owned and the larger of the two is accessible to the public during the day. The water was too treacherous to make a boat trip across to the islands so that will have to wait until the next time I visit. Instead, I settled for a big bag of piping hot chips liberally doused in salt and vinegar, and savoured every last crispy golden morsel sitting on the shore watching the waves roll in with the Saltees floating just out of reach on the horizon. 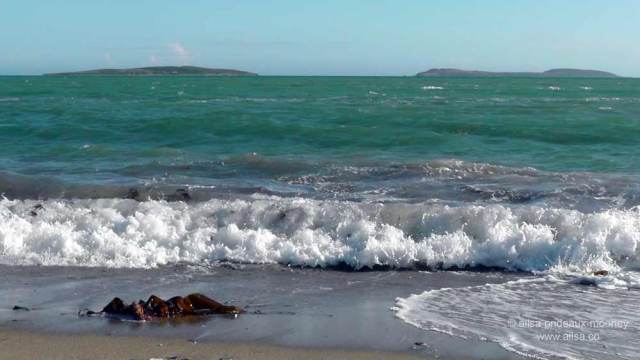 Hi there! I’m Ailsa Prideaux-Mooney. I’ve lived in many places, and travelled to many more. I had a lot of fun getting there and being there, wherever there happened to be at the time. I climbed a castle wall in Czesky Krumlov, abseiled down cliffs to go caving in the west of Ireland, slept on the beach in Paros, got chased by a swarm of bees in Vourvourou (ok that wasn’t fun, but it was exciting), learned flower arranging in Tokyo, found myself in the middle of a riot in Seoul, learned to snowboard in Salzburg, got lost in a labyrinth in Budapest and had my ice cream stolen by a gull in Cornwall. And I’m just getting started. If you’ve enjoyed what you’ve read so far, I’d love you to follow my travelogue - wheresmybackpack.com - and remember, anyone who tries to tell you it’s a small world hasn’t tried to see it all.
View all posts by ailsapm →
This entry was posted in Europe, Ireland, Photography, Travel and tagged inspiration, nature, photography, photos, pictures, travel, writing. Bookmark the permalink.