A rose by any other name

You can’t get very far in Rome without being offered a rose. 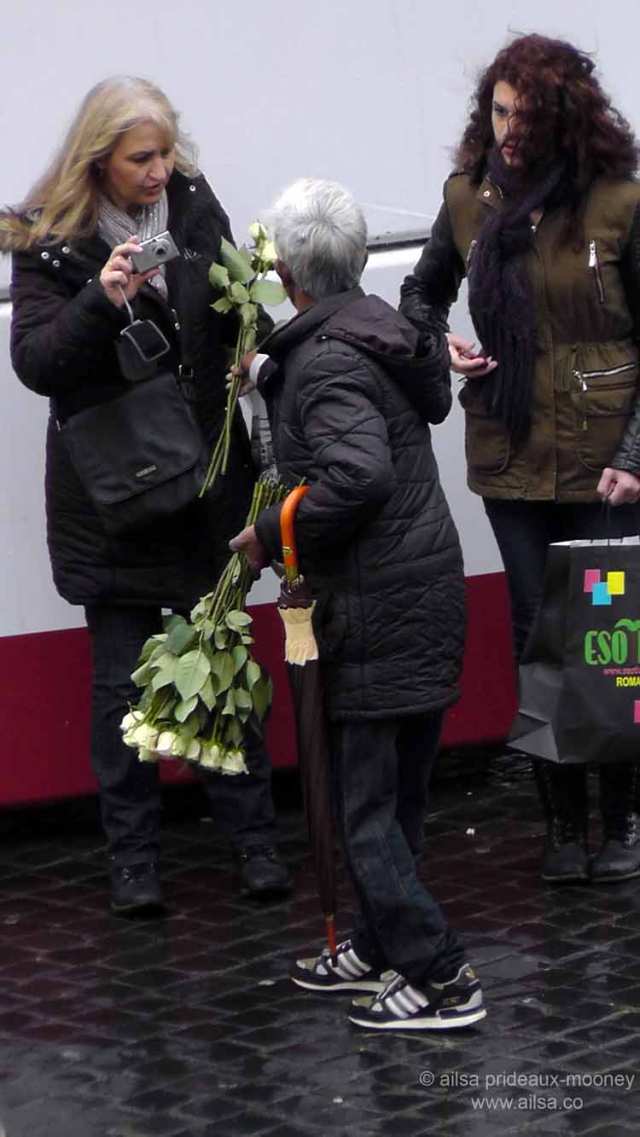 While the unexpected gesture may bring a smile to your face, it is actually a rather notorious Roman scam, unsurprisingly dubbed the Rose Scam. A man with a huge bouquet of roses will hand a rose or two to a passing female tourist, wait a beat and then ask for a euro or two for the rose. The most successful scenario is when the girl is accompanied by a boyfriend or husband, who, when asked for money, has the option of paying up or appearing like a scoundrel for asking his beloved to return the rose.

That may have worked when the scam was first dreamt up but these days most people are wise to it. As I sat on the Spanish Steps watching the world go by, my eye was drawn over and over to those guys with their bouquets of roses and noticed not a single euro changing hands. Most women smiled but politely refused the rose or returned it when asked for money; some were outright rude, yelling at the rose bearer to get away, and one girl sauntered off with a rose, ignoring the man who followed her halfway down the street before giving up. 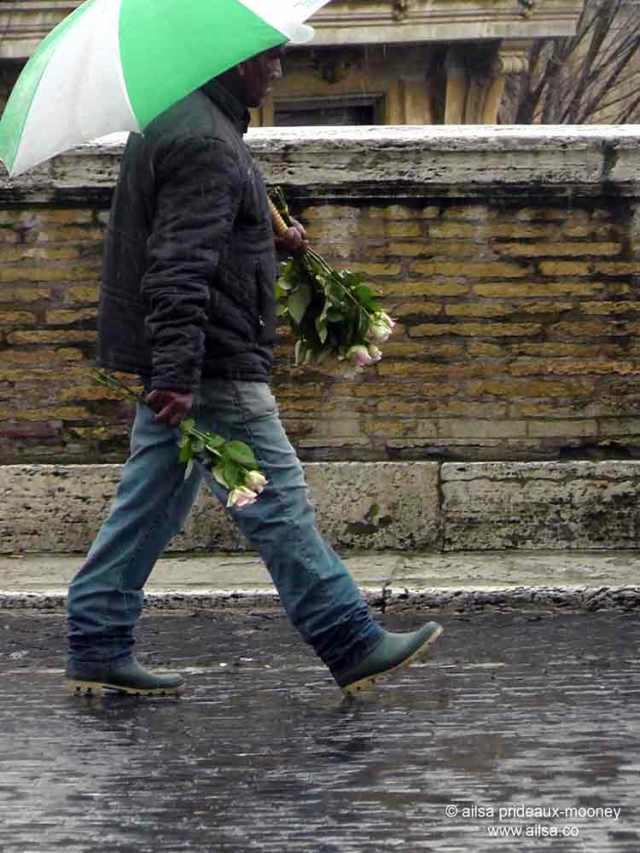 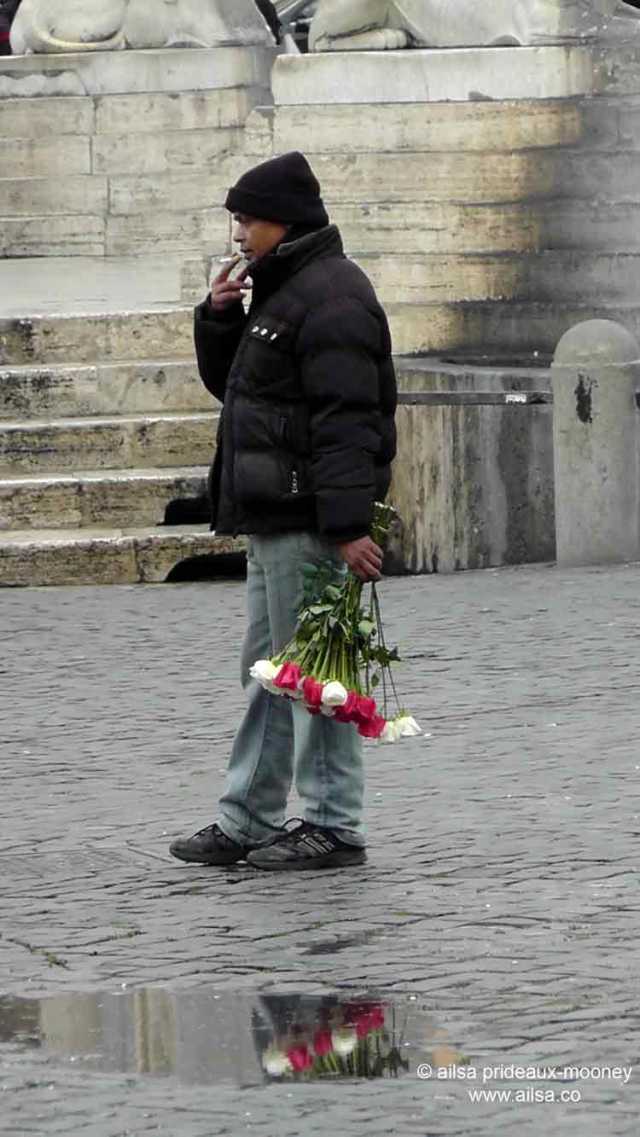 I made my way up to the Piazza del Popolo where two more rose men (as I had christened them in my mind) were busy plying tourists with flowers. At the centre of the piazza is a grand obelisk, surrounded by four fountains, aptly named the Fontana dell’ Obelisco. Each fountain features a majestic lion atop a stepped plinth and one of these lions caught my eye – he had a deep pink rose in his mouth. 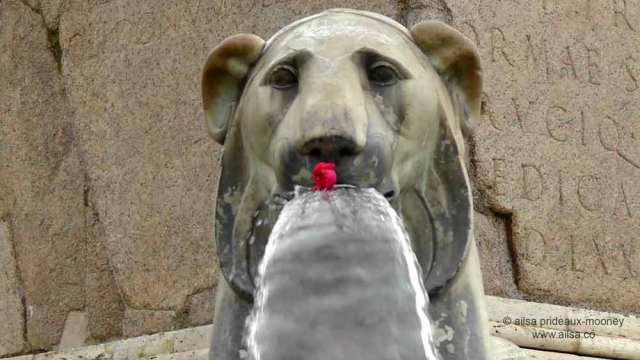 As I was standing there wondering how the rose had arrived at such an unexpected location, there was a splash in the pool of the fountain next to me. One of the rose men had dropped his bouquet in the water to refresh the fading blooms.

I watched as he retrieved his precious bouquet and carefully tended to the delicate blossoms, rearranging them into a pleasing bundle and gently shaking the water off them. The whole event lasted less than a minute, but somehow I felt like I was witnessing a secret, intimate ritual; a small insight into the life of a rose man. When he was finished he glanced up and met my eye, flashed me a dazzling smile and hurried off after a group of English-speaking tourists who were heading towards the Spanish Steps.

Hi there! I’m Ailsa Prideaux-Mooney. I’ve lived in many places, and travelled to many more. I had a lot of fun getting there and being there, wherever there happened to be at the time. I climbed a castle wall in Czesky Krumlov, abseiled down cliffs to go caving in the west of Ireland, slept on the beach in Paros, got chased by a swarm of bees in Vourvourou (ok that wasn’t fun, but it was exciting), learned flower arranging in Tokyo, found myself in the middle of a riot in Seoul, learned to snowboard in Salzburg, got lost in a labyrinth in Budapest and had my ice cream stolen by a gull in Cornwall. And I’m just getting started. If you’ve enjoyed what you’ve read so far, I’d love you to follow my travelogue - wheresmybackpack.com - and remember, anyone who tries to tell you it’s a small world hasn’t tried to see it all.
View all posts by ailsapm →
This entry was posted in Europe, Italy, Photography, Travel and tagged culture, italy, life, photography, photos, rome, travel, writing. Bookmark the permalink.

54 Responses to A rose by any other name