Love on the Rocks

Just north of Ürgüp’s fairy chimneys in the heart of Cappadocia there is a valley called Dervent, Derbent or Devrent depending upon who you talk to. It goes by other names too, including Imagination Valley and Pink Valley. The rocks there have been weathered by time and the elements to form the most fantastical of shapes which have been given nicknames over the years, like Camel Rock, perched on a mount on the left of this photo… 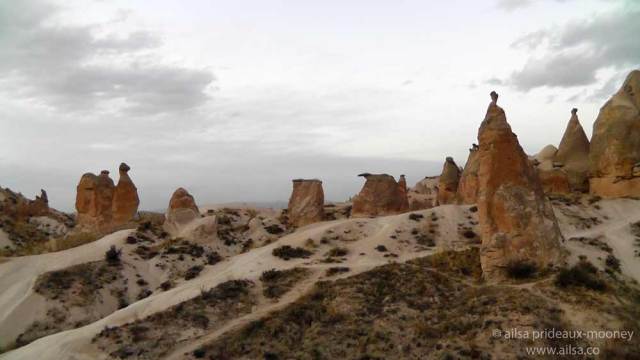 …and The Seals, frolicking joyfully nearby. 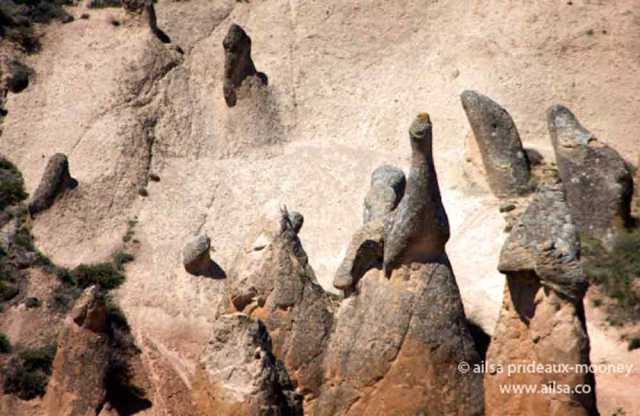 As the sun went down over this strange lunar landscape with its bizarre formations, a set of figures caught my eye, silhouetted on opposite sides of a small hill. 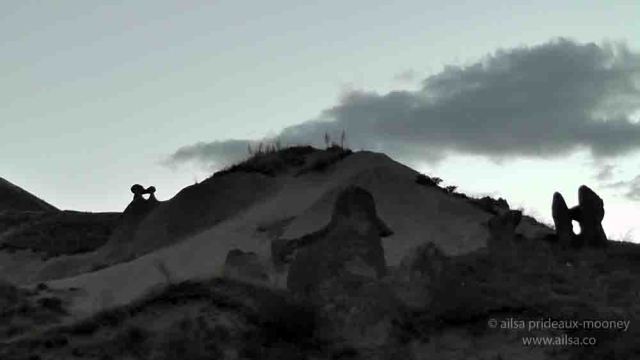 The rock formation on the left is often called the Kissing Rock (sometimes the Kissing Ducks). 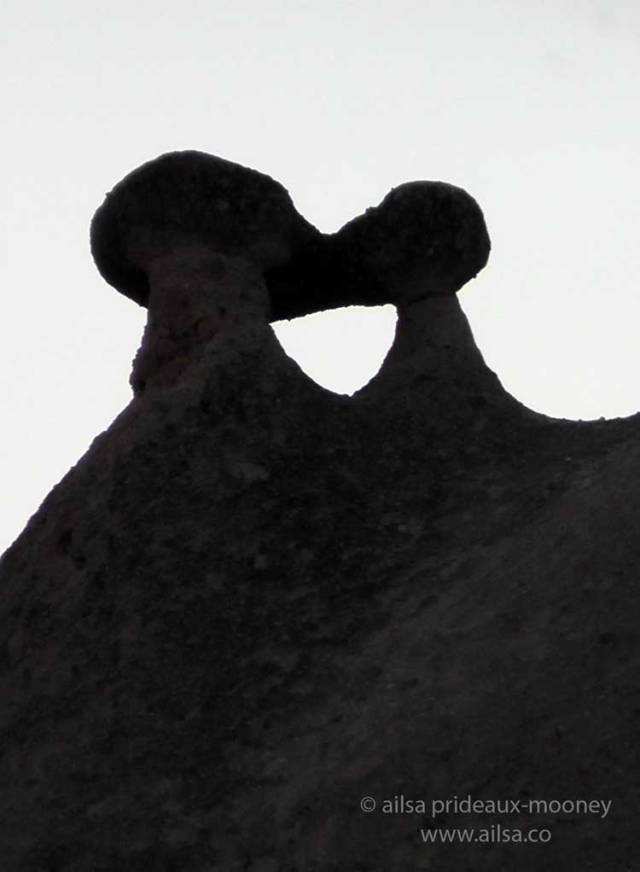 And the one on the right? Well, a cheeky chap next to me suggested it was what came after kissing. I’m not quite sure what he meant. 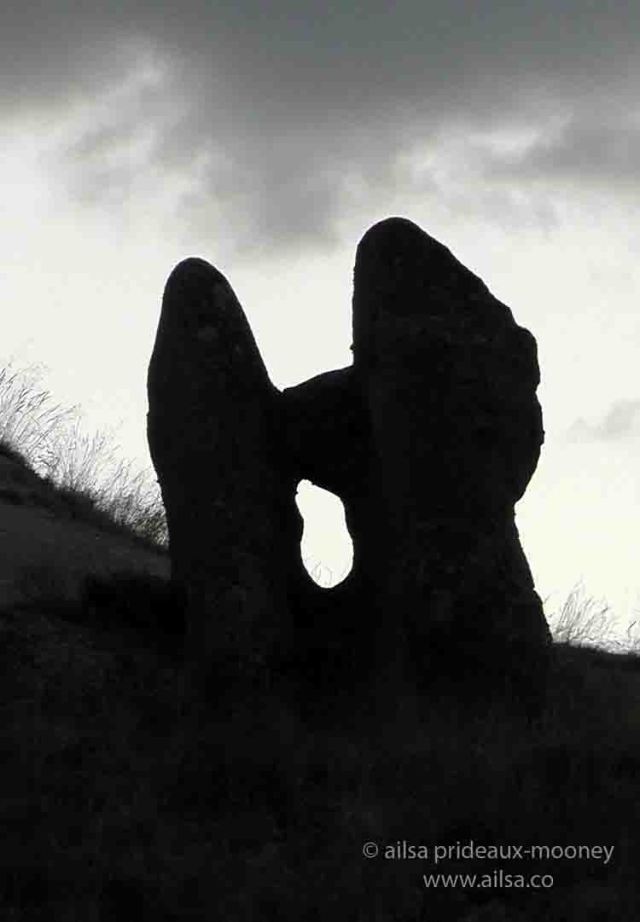 Perhaps we should give them some privacy. Happy Valentine’s Day.

Hi there! I’m Ailsa Prideaux-Mooney. I’ve lived in many places, and travelled to many more. I had a lot of fun getting there and being there, wherever there happened to be at the time. I climbed a castle wall in Czesky Krumlov, abseiled down cliffs to go caving in the west of Ireland, slept on the beach in Paros, got chased by a swarm of bees in Vourvourou (ok that wasn’t fun, but it was exciting), learned flower arranging in Tokyo, found myself in the middle of a riot in Seoul, learned to snowboard in Salzburg, got lost in a labyrinth in Budapest and had my ice cream stolen by a gull in Cornwall. And I’m just getting started. If you’ve enjoyed what you’ve read so far, I’d love you to follow my travelogue - wheresmybackpack.com - and remember, anyone who tries to tell you it’s a small world hasn’t tried to see it all.
View all posts by ailsapm →
This entry was posted in Photography, Travel, Turkey and tagged humor, inspiration, photography, photos, pictures, travel, writing. Bookmark the permalink.

23 Responses to Love on the Rocks