Just south of County Dublin in Ireland lies County Wicklow, often referred to as the Garden of Ireland because of its stunning landscape and coastline. In keeping with the natural beauty of the area, the name Wicklow is thought to come from the old Norse Víkingalág, anglicized to Wykynlo and meaning Viking meadow, which conjures up images of burly men in scary hats romping across wildflower-strewn fields.  However, the name for Wicklow in Irish, Cill Mhantáin, bears no relation whatsoever to its Viking name. It translates as Church of the Toothless One and its origin dates back to St. Patrick’s arrival in Ireland. I was intrigued, so this St. Patrick’s Day weekend I travelled down to Wicklow town to find out more.

Just south east of the town centre, I followed Castle Street towards the coast and after a short distance found a wide open stretch of land leading to the ruins of Black Castle, perched ominously on a rocky promontory overlooking the sea.

Clambering up the stony steps gave a dramatic view of the surrounding water and countryside for miles in all directions; it was an ideal spot for fortification against attack.

The castle was built after the Norman invasion of 1169 and suffered repeated attacks from local clans until it was finally razed in 1580. Its ruins still stand guard over the Wicklow coast today, but if you look south from the castle, you’ll spot a small beach that played a large a part in giving Wicklow its Irish name.

Inver-dea at the mouth of today’s Vartry river was a much used port in early Ireland, and this beach, Travailahawk beach, is where many an early visitor to Ireland would disembark.

When St Patrick was a boy, he was taken to Ireland as a slave. He escaped his captors and fled the country – some believe he departed from this very beach. When he returned to Ireland years later, on a mission to spread Christianity throughout the land, he chose Travailahawk beach as the place to begin his journey. 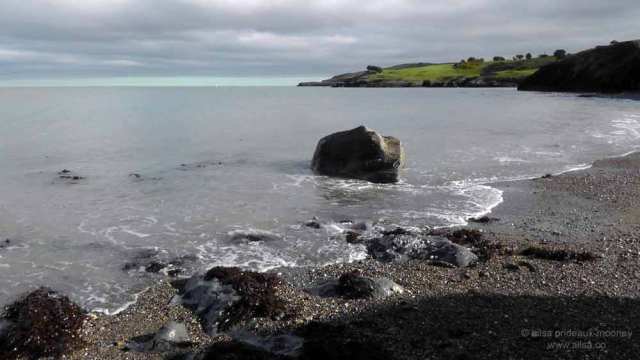 However, St. Patrick and his followers were met with a stony welcome – and I mean that literally. The local pagans picked up stones and started winging them at the would-be missionaries and in the debacle, one of Patrick’s followers had all his front teeth knocked out. Patrick bid a hasty retreat, sailing north and electing instead to begin his missionary work in Antrim in Northern Ireland.

The poor old monk who had lost his teeth was given the nickname Manntain (toothless one), and despite all odds, he returned to Wicklow and set up a church. The church and the toothless saint live on today in Wicklow’s Irish name. 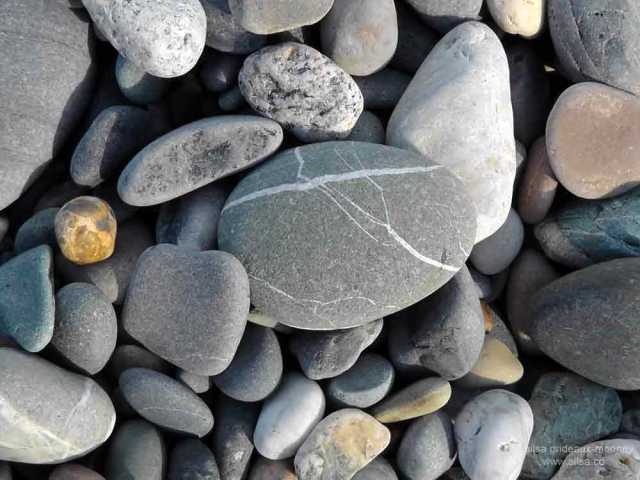 Hi there! I’m Ailsa Prideaux-Mooney. I’ve lived in many places, and travelled to many more. I had a lot of fun getting there and being there, wherever there happened to be at the time. I climbed a castle wall in Czesky Krumlov, abseiled down cliffs to go caving in the west of Ireland, slept on the beach in Paros, got chased by a swarm of bees in Vourvourou (ok that wasn’t fun, but it was exciting), learned flower arranging in Tokyo, found myself in the middle of a riot in Seoul, learned to snowboard in Salzburg, got lost in a labyrinth in Budapest and had my ice cream stolen by a gull in Cornwall. And I’m just getting started. If you’ve enjoyed what you’ve read so far, I’d love you to follow my travelogue - wheresmybackpack.com - and remember, anyone who tries to tell you it’s a small world hasn’t tried to see it all.
View all posts by ailsapm →
This entry was posted in Europe, Ireland, Photography, Travel and tagged history, humor, ireland, photography, st patrick's day, travel, writing. Bookmark the permalink.