It’s that time of year in the northern hemisphere when winter starts to shed its cloak and the tiniest of flowers rush prematurely into bloom despite the frosty mornings and bitter temperatures. A clump of snowdrops can gladden the spirit on even the greyest of days but they are the humblest of flowers, easily overlooked in long grass, so when I heard about a Snowdrop Festival taking place at Altamont Gardens in County Carlow, I couldn’t resist paying a visit to see what all the fuss was about. I was quite unprepared to fall down a rabbit hole into the bewildering world of snowdrop fanciers (or galanthophiles as those in the know call them). 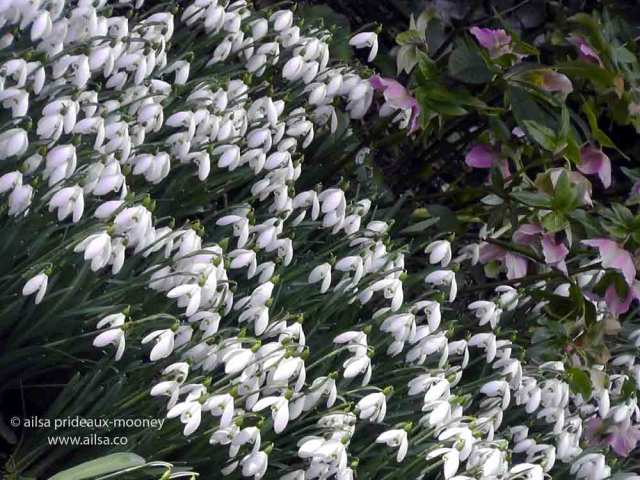 Altamont Gardens is home to over a hundred different varieties of snowdrop, or galanthus, the botanical name which comes from the Greek gala, milk and anthos, flower. But in order to truly appreciate the different varieties out there, there’s no use admiring the snowdrop drifts from above, because the individual characteristics of different snowdrops are generally only to be seen close up and down low.

And so, in the true spirit of the festival, thanking my lucky stars I was wearing tattered old jeans, I got down on the ground and rolled around in the mud to get a better look at these shy little blooms. 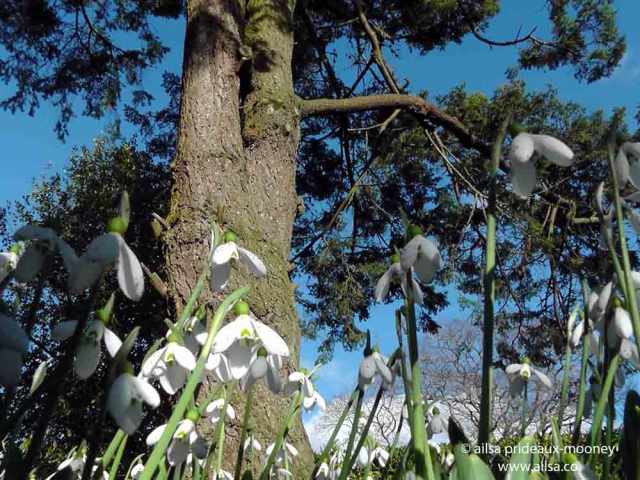 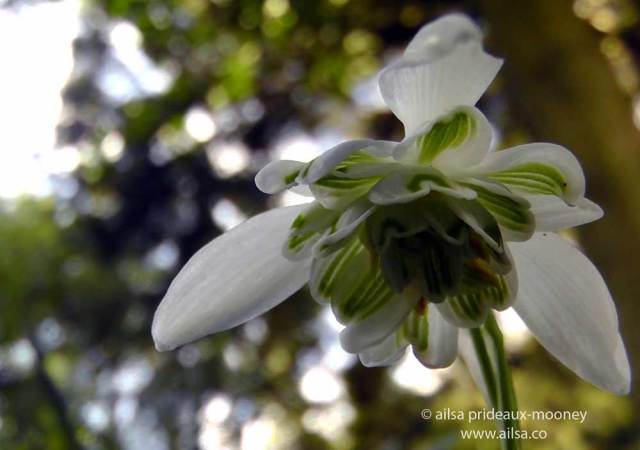 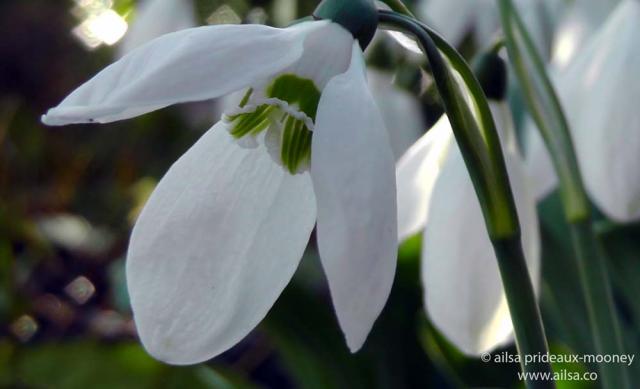 The snowdrop is the star of many legends around the world; here are a few of my favourites. 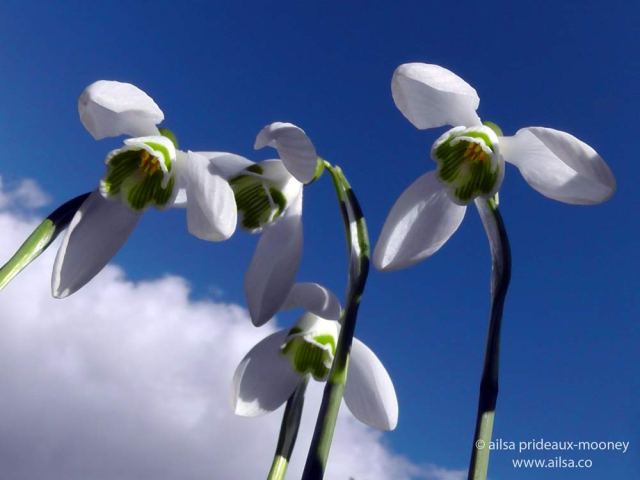 I crawled back up the rabbit hole with muddy knees and a whole new appreciation for this humble little flower. Not enough, however, to justify paying the insane prices some of the rarer varieties command. In February 2015 someone paid £1,390 for a single bulb of a variety called Golden Fleece, with other rare varieties fetching hundreds of dollars per bulb. As for me, I’m perfectly happy catching the odd glimpse of common old Galanthus nivalis hiding in the long grass. 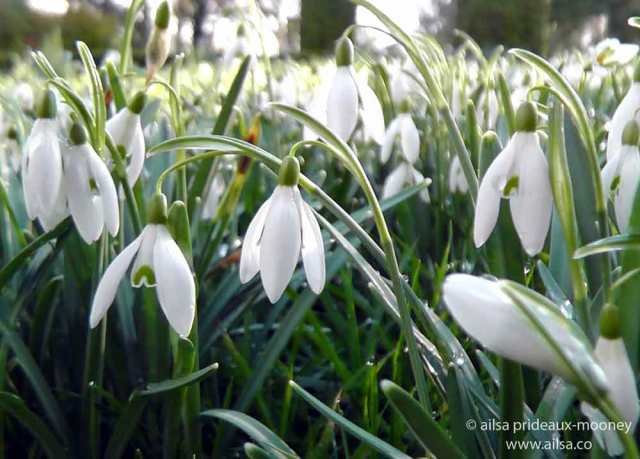 Hi there! I’m Ailsa Prideaux-Mooney. I’ve lived in many places, and travelled to many more. I had a lot of fun getting there and being there, wherever there happened to be at the time. I climbed a castle wall in Czesky Krumlov, abseiled down cliffs to go caving in the west of Ireland, slept on the beach in Paros, got chased by a swarm of bees in Vourvourou (ok that wasn’t fun, but it was exciting), learned flower arranging in Tokyo, found myself in the middle of a riot in Seoul, learned to snowboard in Salzburg, got lost in a labyrinth in Budapest and had my ice cream stolen by a gull in Cornwall. And I’m just getting started. If you’ve enjoyed what you’ve read so far, I’d love you to follow my travelogue - wheresmybackpack.com - and remember, anyone who tries to tell you it’s a small world hasn’t tried to see it all.
View all posts by ailsapm →
This entry was posted in Ireland, Photography, Travel and tagged gardens, inspiration, nature, photography, photos, pictures, travel, writing. Bookmark the permalink.