If you go down to the woods today

The small German town of Landstuhl is situated on the northwestern edge of the ancient Palatinate forest and home to a rather splendid hilltop castle by the name of Burg Nanstein.

The castle itself is a mighty sight, built around 1162AD when this area was firmly under Roman occupation. The castle itself was built in response to a request from the Holy Roman Emperor Frederick I who was shoring up defenses around the Palatinate. The castle, however, is better known for being the place where rebel knight Franz von Sickingen gave up the ghost. A big supporter of Protestant reform, he had extended protection to many a reformer, including the man himself, Martin Luther. He overstepped his powers, however, when he went up against the Archbishop of Trier and the Holy Roman Empire itself. Von Sickingen quickly found himself besieged by his enemies. Under normal circumstances, he could probably have weathered out the siege for about four months but this battle is purported to be the very first instance where artillery was used. His fortified castle proved no match for that kind of warfare; his defenses were quickly dismantled and he himself received a fatal wound, dying on the same day he admitted defeat.

So there’s oodles of history associated with the ruins of this hilltop castle, and a cracking view of the surrounding countryside too.

Now you can drive almost to the top if you are so inclined, but if you have a little more time and energy, leave the car behind and walk instead. Take Burgweg past the Schloss-Hotel Landstuhl and look for a leafy trail to your left. As you zigzag your way up the forested slopes keep your eyes peeled for some rather interesting characters along the way.

A brilliant local initiative makes the most of tree stumps left behind after forest maintenance thins out the dense forest canopy. Some of them pay homage to local institutions and antiquities… 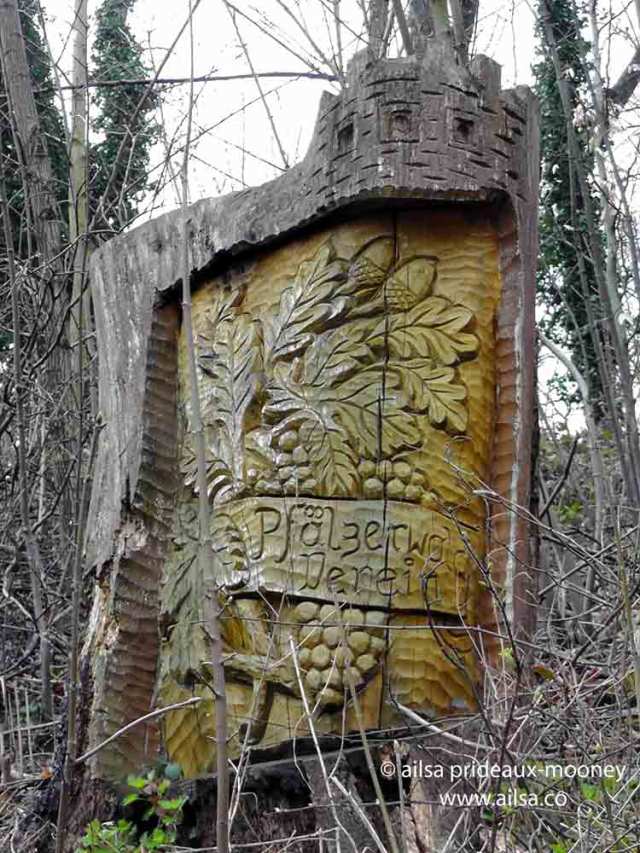 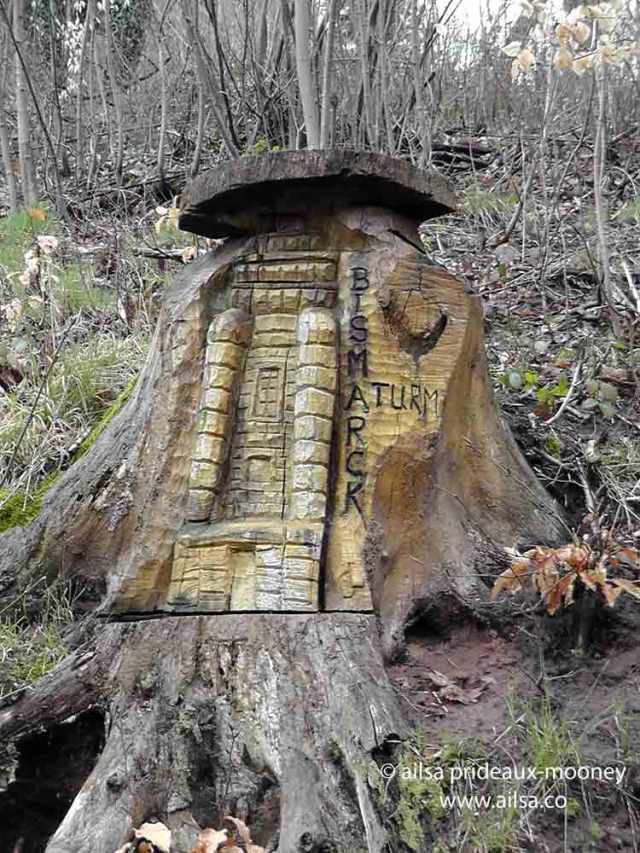 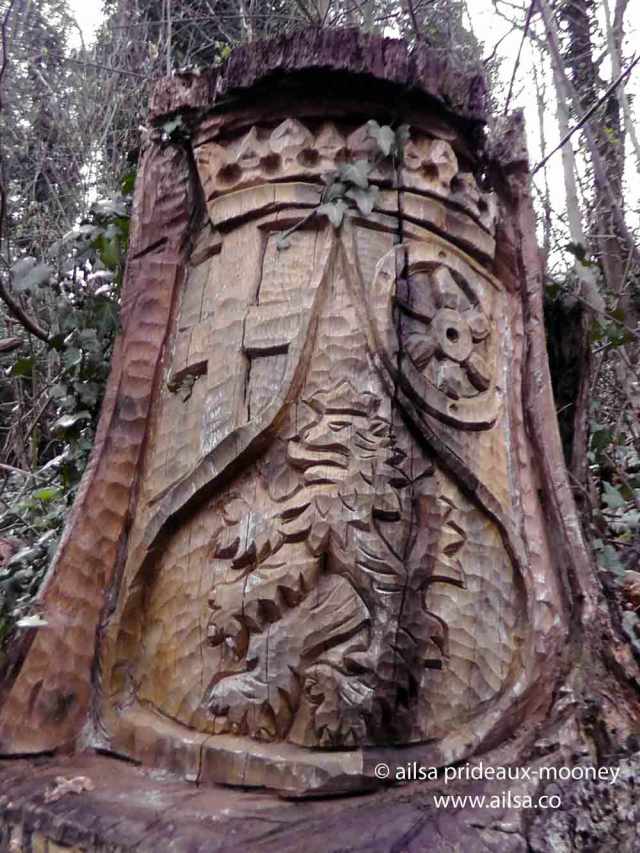 …some are pure fancy….

…and one or two are downright scary. 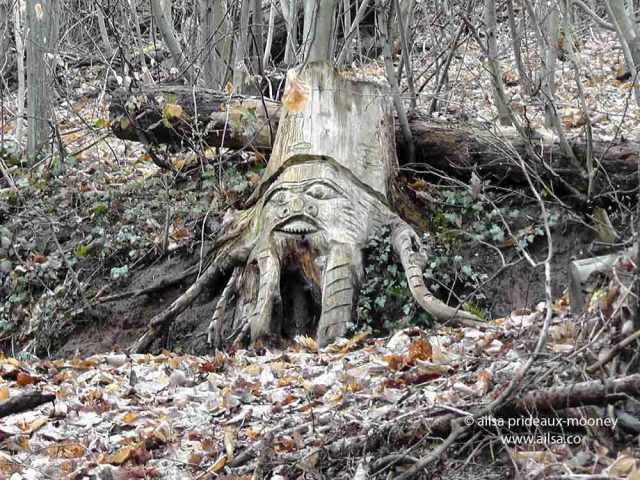 As the song goes, if you go down to the woods today, you’re sure of a big surprise.

26 Responses to If you go down to the woods today