I spent several glorious exploring the ancient streets of Rome. Despite occasional rain showers and thunderstorms, it was deliciously warm; mild enough to amble around in a     t-shirt, with an umbrella at the ready. When clouds gathered and thunder threatened, ancient monuments seemed to grow in stature and glow, almost as if the stormy skies released in them some sort of inner luminosity. In between cloudbursts, the sun came out and I took some time to capture a few reflective moments in this most magical of cities.

Pools of rainwater gathered in and around the Circus Maximus as I rambled by, creating breathtaking mirror images of the Roman Forum beyond. 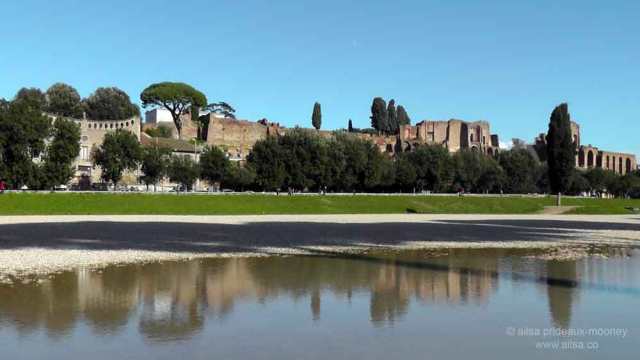 The cobbled stones of the Piazza Navona made a delicate backdrop for reflected architecture. 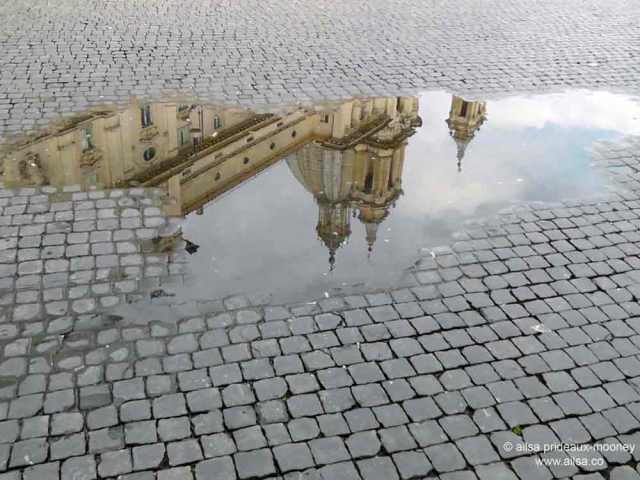 And the medieval streets of Trastevere glittered like precious gemstones in the pitch of night. 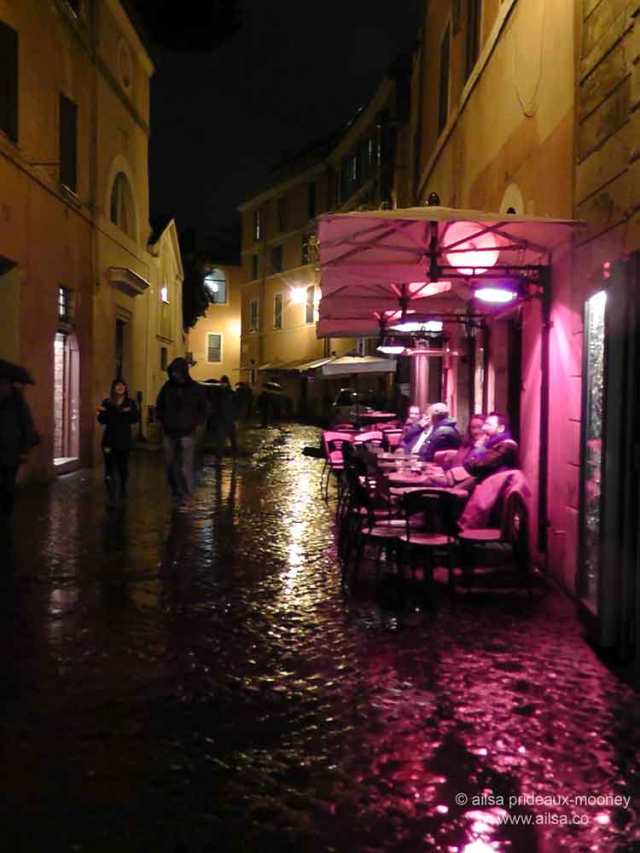 With sights this delightful I am quite content to get soaked by a sudden downpour.

Hi there! I’m Ailsa Prideaux-Mooney. I’ve lived in many places, and travelled to many more. I had a lot of fun getting there and being there, wherever there happened to be at the time. I climbed a castle wall in Czesky Krumlov, abseiled down cliffs to go caving in the west of Ireland, slept on the beach in Paros, got chased by a swarm of bees in Vourvourou (ok that wasn’t fun, but it was exciting), learned flower arranging in Tokyo, found myself in the middle of a riot in Seoul, learned to snowboard in Salzburg, got lost in a labyrinth in Budapest and had my ice cream stolen by a gull in Cornwall. And I’m just getting started. If you’ve enjoyed what you’ve read so far, I’d love you to follow my travelogue - wheresmybackpack.com - and remember, anyone who tries to tell you it’s a small world hasn’t tried to see it all.
View all posts by ailsapm →
This entry was posted in Europe, Italy, Photography, Travel and tagged architecture, inspiration, photography, photos, pictures, travel, writing. Bookmark the permalink.

52 Responses to Rainy days in Rome