Do the knight thing

On the western side of Ireland’s Hook Peninsula lies a diminutive village by the name of Templetown. The area is steeped in history for the land around here was held for many years by the Knights Templar after their return from the Crusades. When King Philip IV of France found himself deeply in debt to the Templars, he spearheaded the arrest, incarceration and torture of knights all over France, seizing the Templar assets for himself. The attacks took place at dawn, Friday 13th, 1307 and just over a month later Pope Clement V put out the call to monarchs across the rest of Europe to do the same.

The Templars in Ireland were rounded up on the 10th of January 1308 and imprisoned in Dublin Castle, charged with the same crimes as their European counterparts. No evidence of wrongdoing could be produced and the knights denied all charges. In France, torture led to many knights confessing to ‘crimes’ but in Ireland the knights were given penance, absolved and sent to monasteries to repent their sins. Despite never being proven guilty of anything, they were dispossessed of all possessions and lands, which the Pope then granted to their rivals, the Hospitallers.

I went looking for traces of the legendary knights on a recent visit to the Hook Peninsula on the south coast of Ireland. The cannily named Templars Inn helped me find what I was looking for – it is located right across the road from the Templar ruins. 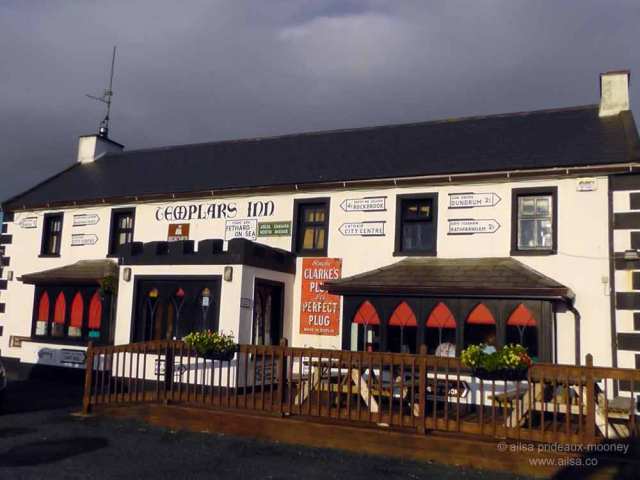 The ruins in Templetown are a muddle of different eras, medieval remains probably constructed by the Hospitallers, an impressive castellated tower that was probably added on later to fend off attackers and the shell of a 19th century church. 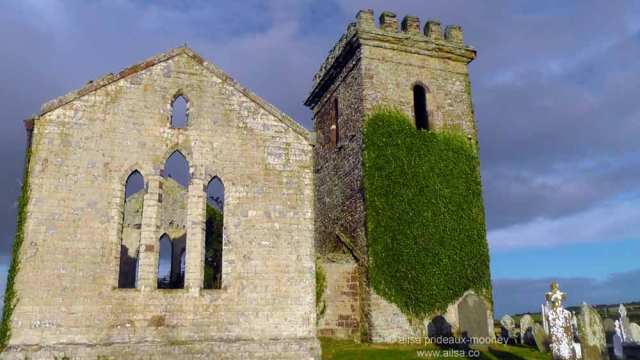 Wander through the gravestones that are scattered around the ruins and you might spot a trace of the Knights Templar who once called this place home. On one of the gravestones there is a sword carved down the length of the stone and at its base, weather worn but still discernible, the figure of a little lamb. The Templars were here. 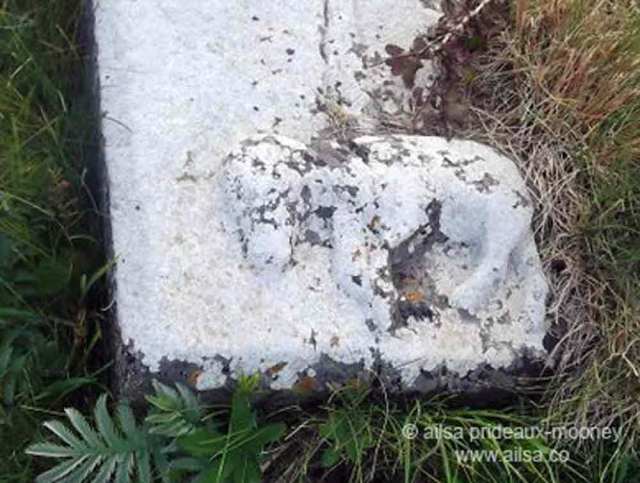 Hi there! I’m Ailsa Prideaux-Mooney. I’ve lived in many places, and travelled to many more. I had a lot of fun getting there and being there, wherever there happened to be at the time. I climbed a castle wall in Czesky Krumlov, abseiled down cliffs to go caving in the west of Ireland, slept on the beach in Paros, got chased by a swarm of bees in Vourvourou (ok that wasn’t fun, but it was exciting), learned flower arranging in Tokyo, found myself in the middle of a riot in Seoul, learned to snowboard in Salzburg, got lost in a labyrinth in Budapest and had my ice cream stolen by a gull in Cornwall. And I’m just getting started. If you’ve enjoyed what you’ve read so far, I’d love you to follow my travelogue - wheresmybackpack.com - and remember, anyone who tries to tell you it’s a small world hasn’t tried to see it all.
View all posts by ailsapm →
This entry was posted in Europe, Ireland, Photography, Travel and tagged history, photography, photos, pictures, travel, writing. Bookmark the permalink.

33 Responses to Do the knight thing