Dublin is home to two canals that connect to the Shannon river. On the northside, the Royal Canal, and on the southside, the Grand Canal. They’re both steeped in history – work on the Grand Canal began back in the 1750s; and the first part of the Royal Canal came into being in the 1790s. They’re both lovely, in their own distinctly unique ways, and on the banks of both you can find some of my favourite bronzes.

Poet, playwright, novelist and borstal boy Brendan Behan sits quietly on the banks of the Royal Canal chatting to a pigeon. 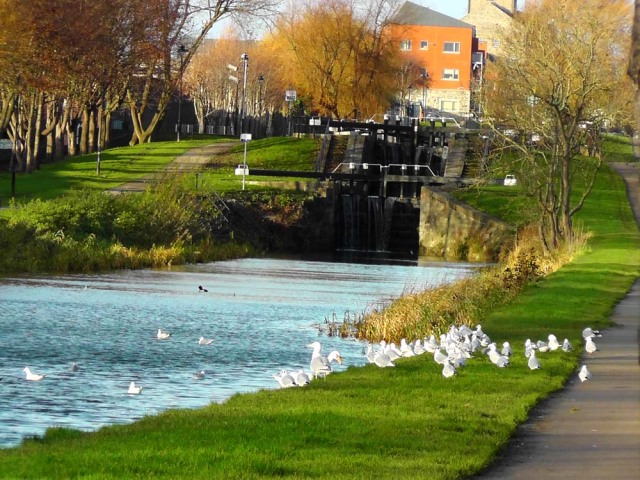 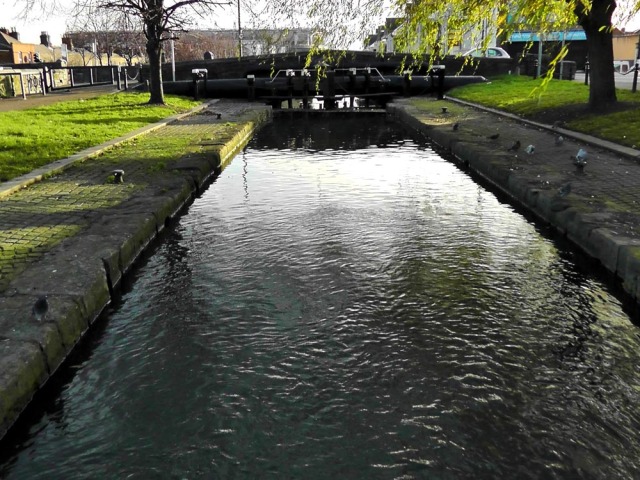 Locks on the Royal Canal 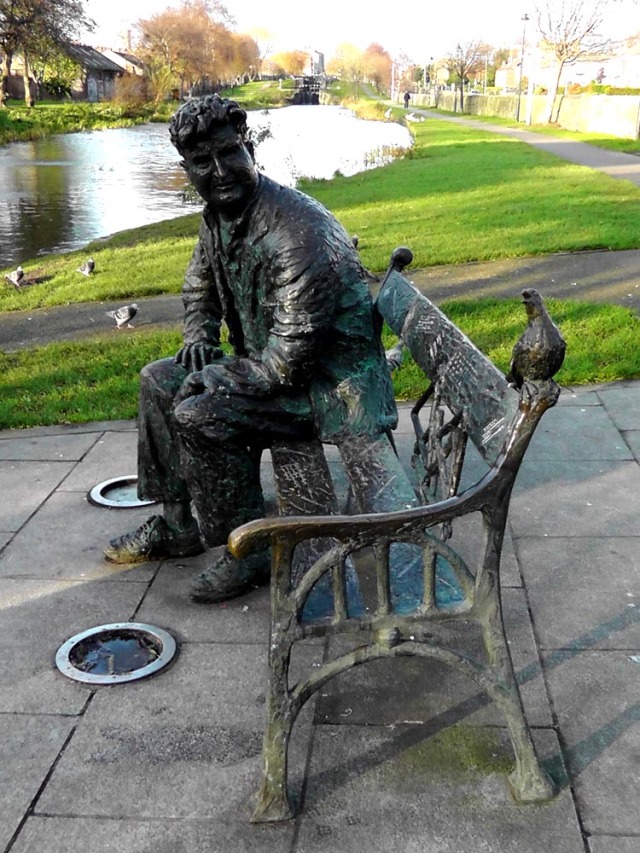 Brendan and the pigeon

“I respect kindness in human beings first of all, and kindness to animals. I don’t respect the law; I have a total irreverence for anything connected with society except that which makes the roads safer, the beer stronger, the food cheaper and the old men and old women warmer in the winter and happier in the summer.”- Brendan Behan

On the southside, poet Patrick Kavanagh sits, hat by his side, pondering the waters of the Grand Canal that he loved so dearly.

Patrick and his hat

O commemorate me where there is water,
Canal water, preferably, so stilly
Greeny at the heart of summer. Brother
Commemorate me thus beautifully
Where by a lock niagarously roars
The falls for those who sit in the tremendous silence
Of mid-July. No one will speak in prose
Who finds his way to these Parnassian islands.
A swan goes by head low with many apologies,
Fantastic light looks through the eyes of bridges –
And look! a barge comes bringing from Athy
And other far-flung towns mythologies.
O commemorate me with no hero-courageous
Tomb – just a canal-bank seat for the passer-by.

Lines Written on a Seat on the Grand Canal, Dublin – Patrick Kavanagh

Hi there! I’m Ailsa Prideaux-Mooney. I’ve lived in many places, and travelled to many more. I had a lot of fun getting there and being there, wherever there happened to be at the time. I climbed a castle wall in Czesky Krumlov, abseiled down cliffs to go caving in the west of Ireland, slept on the beach in Paros, got chased by a swarm of bees in Vourvourou (ok that wasn’t fun, but it was exciting), learned flower arranging in Tokyo, found myself in the middle of a riot in Seoul, learned to snowboard in Salzburg, got lost in a labyrinth in Budapest and had my ice cream stolen by a gull in Cornwall. And I’m just getting started. If you’ve enjoyed what you’ve read so far, I’d love you to follow my travelogue - wheresmybackpack.com - and remember, anyone who tries to tell you it’s a small world hasn’t tried to see it all.
View all posts by ailsapm →
This entry was posted in Ireland, Photography, Travel and tagged literature, photography, photos, pictures, poetry, postaweek2012, travel, writing. Bookmark the permalink.

8 Responses to Dublin canals and bronzes