You can have an adventure just about anywhere, even if you’re not looking for it. Today I went for a walk in the park and ended up in my very own version of The Princess Bride; not the kissing part, the fireswamp part. Here’s how my walk started out:

Pretty, right? Snowy pathways, leafy trees, all very benign. I took the path to the left, winding upwards into the thick woodlands. As I wandered deeper into the woods, I began to notice more and more branches lining the walkways:

I also noticed that said branches were not attached to trees. Hmm. A little further on, I began to hear loud cracks or popping noises (fireswamp, anyone?) and this happened: 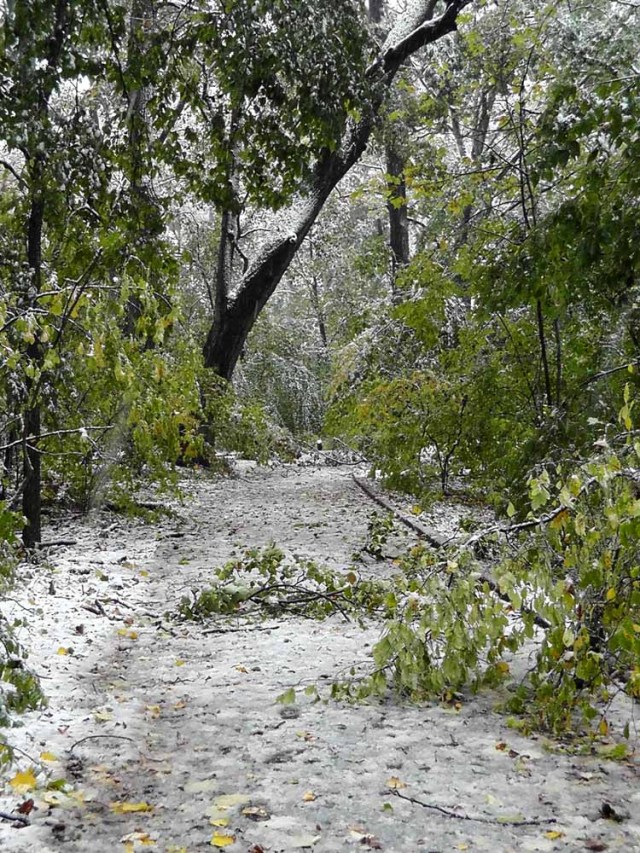 Yhup, a flurry of branches broke free from their trees and plummeted noisily to the pathway right in front of me. But that was only the beginning: 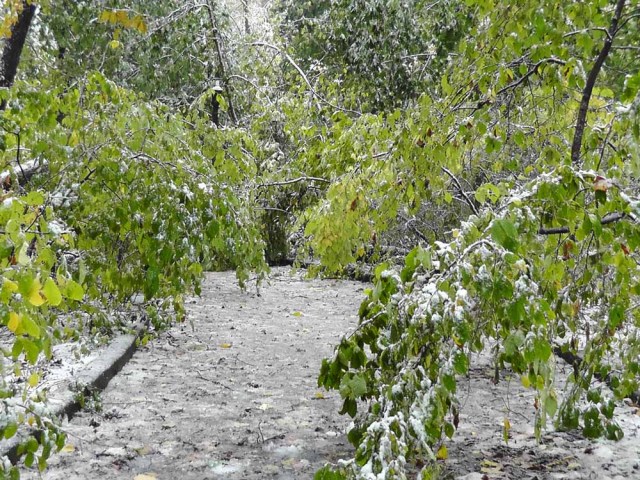 I got quite adept at hearing the telltale cracks and backing up against the nearest tree trunk to make sure I was out of harm’s way. It’s amazing how quickly your survival instinct kicks in. Obviously at this point I had decided to cut short my idyllic woodland ramble and was heading back towards open spaces, but there were more surprises in store. A thundering snap sounded like a cannon shot which resulted in this:

…and an even louder one provided this:

That flurry of snow on the right hand side is the rest of the snow coming down from the tree as that branch (well, not really a branch so much as most of a tree) had literally just crashed down 5 feet in front of my face. Here’s what the remnant of the tree looked like: 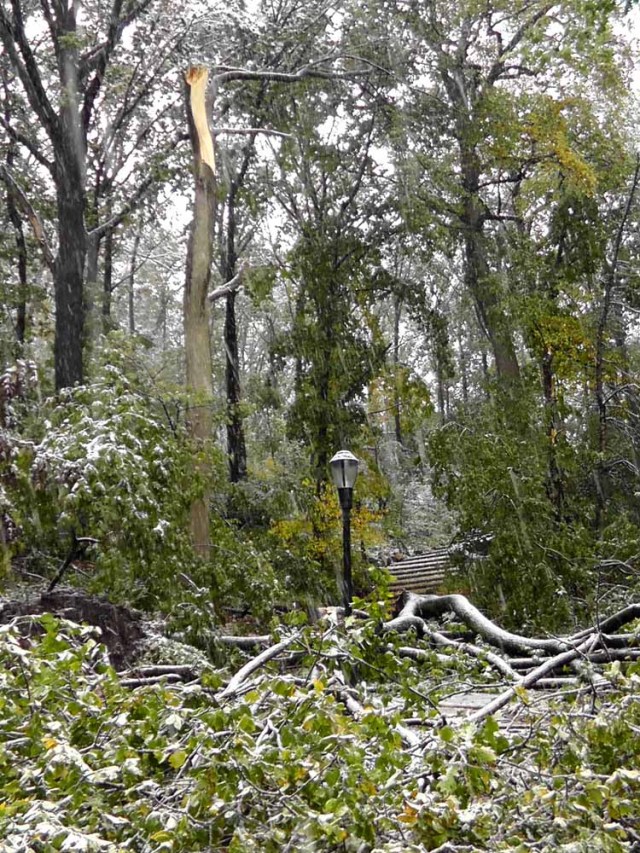 Thankfully, I made it safely out of the fireswamp, now can we skip to the kissing part?

Hi there! I’m Ailsa Prideaux-Mooney. I’ve lived in many places, and travelled to many more. I had a lot of fun getting there and being there, wherever there happened to be at the time. I climbed a castle wall in Czesky Krumlov, abseiled down cliffs to go caving in the west of Ireland, slept on the beach in Paros, got chased by a swarm of bees in Vourvourou (ok that wasn’t fun, but it was exciting), learned flower arranging in Tokyo, found myself in the middle of a riot in Seoul, learned to snowboard in Salzburg, got lost in a labyrinth in Budapest and had my ice cream stolen by a gull in Cornwall. And I’m just getting started. If you’ve enjoyed what you’ve read so far, I’d love you to follow my travelogue - wheresmybackpack.com - and remember, anyone who tries to tell you it’s a small world hasn’t tried to see it all.
View all posts by ailsapm →
This entry was posted in New York, Photography, Travel, United States and tagged nature, photography, photos, pictures, postaweek2011, winter, writing. Bookmark the permalink.

8 Responses to Snowflakes and Fireswamps