The very best snowfall happens during the middle of the night. I know this for a fact as I used to have my very own snow alarm, in the form of a 75 pound bundle of joy called Major, a gentle, big-hearted boxer/black lab mix I was lucky enough to share my life with for far too short a time. He would fling himself onto my bed at 3 or 4 in the morning and I would stumble into my warmest clothes and head outside so we could catch falling snowflakes on our tongues, and if there was enough snow I would build a snowman and throw snowballs for Major to catch in his mouth. Today the very first snow of the season fell in New York, and when I woke up to see flakes falling outside the window, I stumbled into my warmest clothes and climbed the stairs to the roof to catch snowflakes on my tongue. Today is for you, Major, the best friend I’ve ever had. 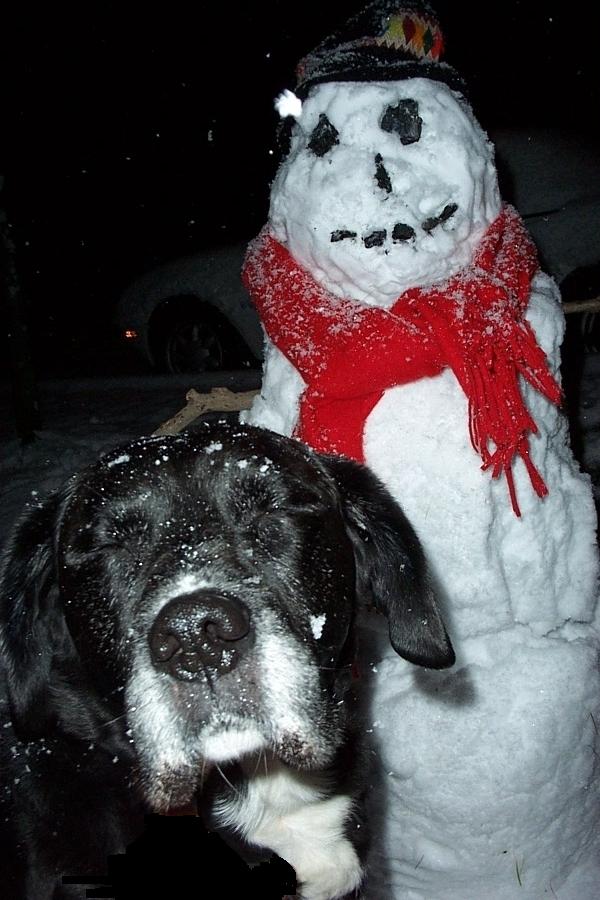 Hi there! I’m Ailsa Prideaux-Mooney. I’ve lived in many places, and travelled to many more. I had a lot of fun getting there and being there, wherever there happened to be at the time. I climbed a castle wall in Czesky Krumlov, abseiled down cliffs to go caving in the west of Ireland, slept on the beach in Paros, got chased by a swarm of bees in Vourvourou (ok that wasn’t fun, but it was exciting), learned flower arranging in Tokyo, found myself in the middle of a riot in Seoul, learned to snowboard in Salzburg, got lost in a labyrinth in Budapest and had my ice cream stolen by a gull in Cornwall. And I’m just getting started. If you’ve enjoyed what you’ve read so far, I’d love you to follow my travelogue - wheresmybackpack.com - and remember, anyone who tries to tell you it’s a small world hasn’t tried to see it all.
View all posts by ailsapm →
This entry was posted in Photography and tagged friends, love, nature, photography, photos, pictures, postaweek2011, snow, writing. Bookmark the permalink.

2 Responses to The very best snowfall