After my adventure to the ever so ancient and ever so slightly off-centre centre of Ireland, I had a look through my photos for more off-centre shots.

This first photo, taken at Alki Beach, was one I was not quite ready for, I just had to grab my camera and take a shot before the moment was over. If I had had time to set it up I would probably have put the little girl all the way over to the right side of the frame so that the empty space would have been in front of her, in the direction she was hopping. Actually, though, I love this photo even more for her being almost ready to hop out of frame because it heightens the urgency of the photo – one more second and the moment would have been over. Happy accidents.

Tightrope walking on May Day in Seattle. This photo here I took several versions of, and settled with this one because it gives an idea of how much further she still has to go on the tightrope. 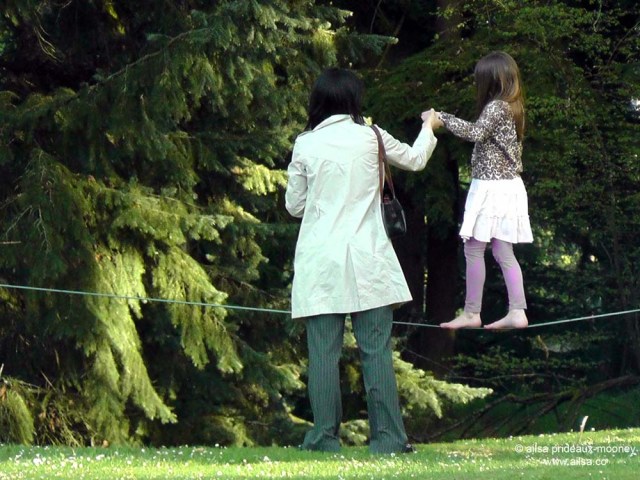 The lamp post over to the left of frame emphasizes the wonderful expanse of open space on top of the Pincian Hill, looking out over the bustling streets of Rome.

Laundry day in Santiago Atitlán. Something about the curve of the rocks made me frame this photo with the girl over to the left of centre. 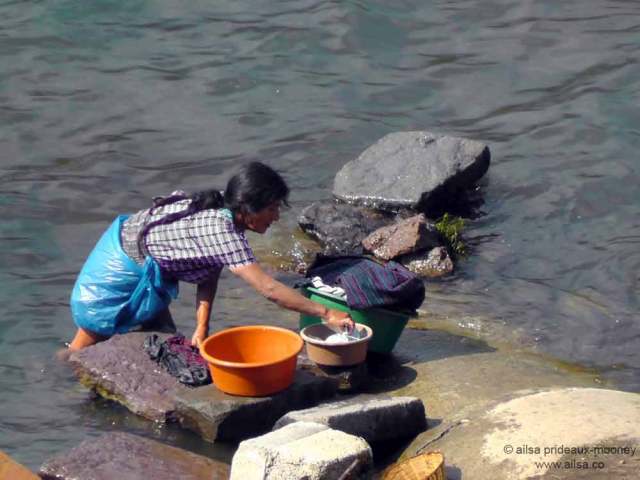 This shot of the “tulip guard” in Skagit Valley emphasizes the enormity of his task – so many tulips, so little time. 🙂 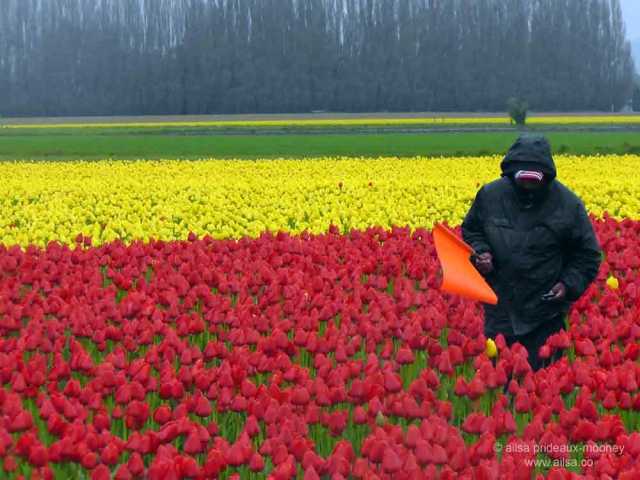 So do you have any off-centre shots for your interpretation of this week’s theme. Left of centre or right of centre? If you would like to join in (everyone’s welcome!) here’s what to do:

Perhaps an eccentric is just off-centre – ex-centric. But that contradicts a belief of mine that we’ve got to be centrifugal. – Margaret Rutherford