My dear friend Sylvia and I hit the road yesterday bound for the Skagit Valley Tulip Festival; an easy 60 mile drive north of Seattle; 70 miles south of Vancouver. Even with a late start and a couple of wrong turns, which is par for the course whenever Sylvia and I travel together, we made it there with ample time to tiptoe through the tulips to our hearts’ content.

Here’s a short video of a few of the stunning sights we encountered.

The festival runs for the entire month of April, although it’s really up to the tulips themselves to decide the actual schedule – they have been known to bloom as early as the last week of March and as late as mid-April. We deliberately went midweek in the hope that crowds would be thinner on the ground, although it was still pretty busy – I can’t imagine how crazy it must be on weekends. There are two main tulip ‘hubs’; the Roozengaarde and Tulip Town. Both offer huge display gardens and charge $5 entry (children under 10 get in free) but the real fun is to be found driving or bicycling down country lanes in search of fields full of colour to wander through.

Skagit Valley is a stunning setting for this festival, with the majestic, snow-capped Cascade Mountains serving as a backdrop to drifts of tulips bobbing in the breeze. Naturally, I took far too many photos and had a dreadful time trying to pick out a handful of favourites. In the end I gave up, decided to go crazy and post an embarrassing amount of shots; they’re not all tulips – there are one or two intruders. I hope you enjoy them. 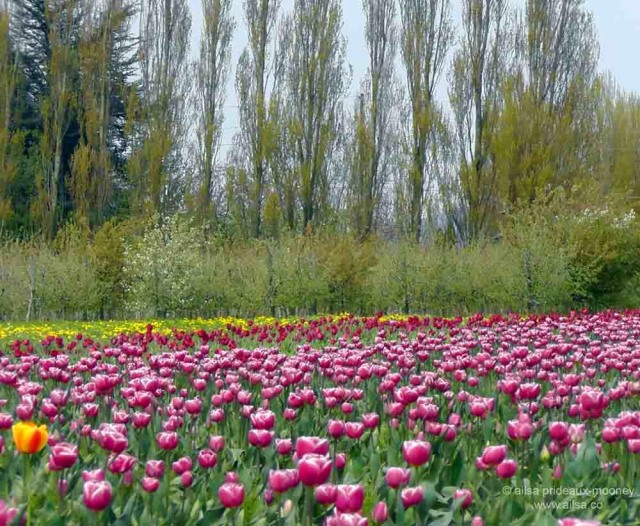 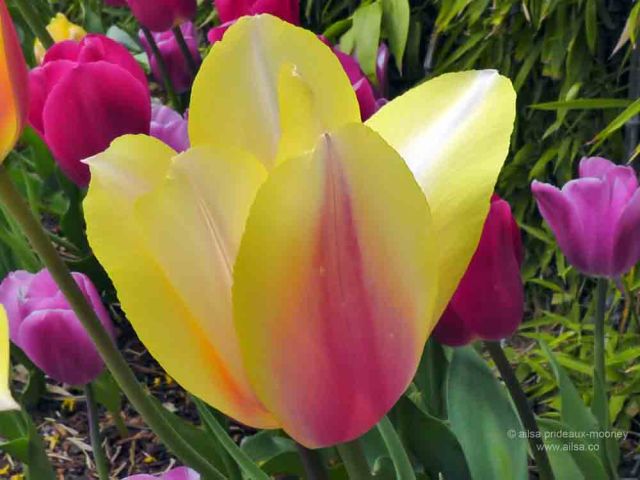 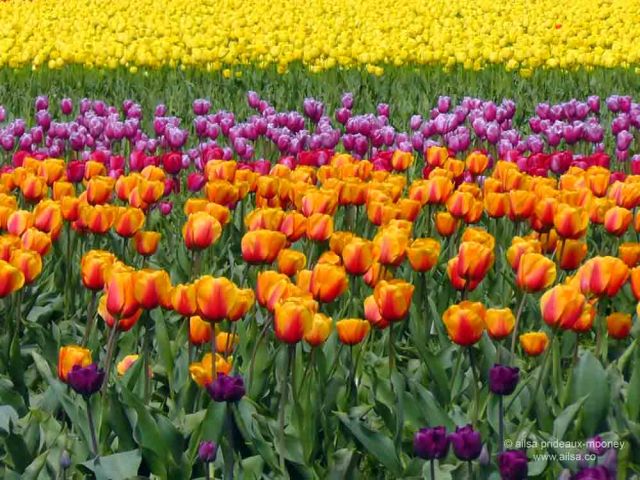 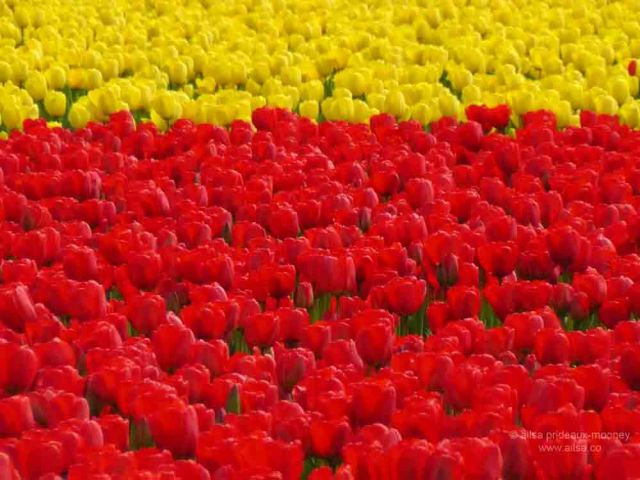 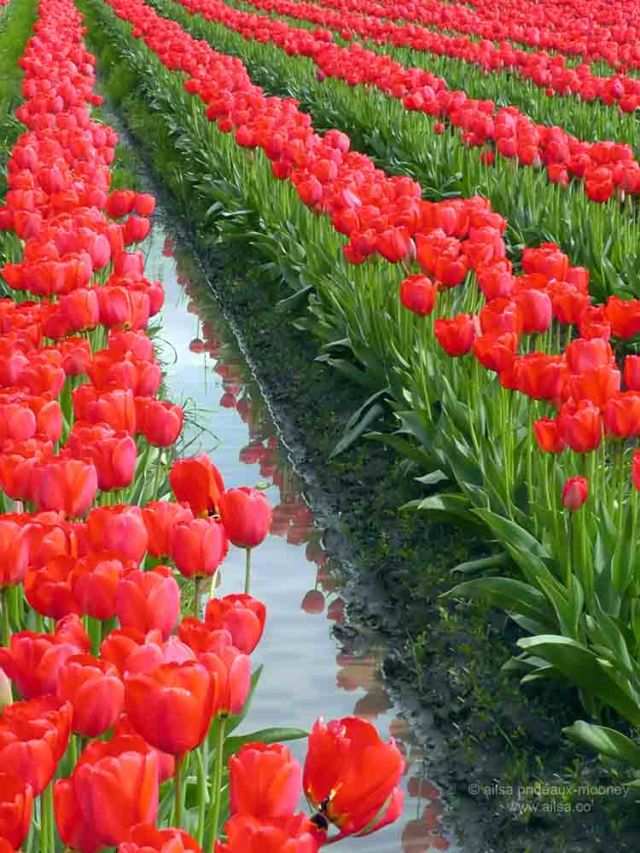 Hi there! I’m Ailsa Prideaux-Mooney. I’ve lived in many places, and travelled to many more. I had a lot of fun getting there and being there, wherever there happened to be at the time. I climbed a castle wall in Czesky Krumlov, abseiled down cliffs to go caving in the west of Ireland, slept on the beach in Paros, got chased by a swarm of bees in Vourvourou (ok that wasn’t fun, but it was exciting), learned flower arranging in Tokyo, found myself in the middle of a riot in Seoul, learned to snowboard in Salzburg, got lost in a labyrinth in Budapest and had my ice cream stolen by a gull in Cornwall. And I’m just getting started. If you’ve enjoyed what you’ve read so far, I’d love you to follow my travelogue - wheresmybackpack.com - and remember, anyone who tries to tell you it’s a small world hasn’t tried to see it all.
View all posts by ailsapm →
This entry was posted in Photography, Travel, United States, Washington and tagged gardening, nature, photography, photos, pictures, travel, writing. Bookmark the permalink.