The fiercely funny Terry Pratchett passed away yesterday. He was one of my guides through the insanity of today’s world, wielding humour like a sword in the face of injustice and facing fear head on, armed with little more than a swagger and a bad pun. He used the world of fantasy to examine humankind’s frailties, follies and foibles with unrelenting honesty.

If you’ve read his works you know what a blow it is to lose such an imaginative force far too early. If you’ve never read his books, rush out and discover “The Colour of Magic” “Equal Rites”, “Mort” and “The Light Fantastic” now to start you on your journey. In memory of a great, great talent, this week’s travel theme looks at all things fantastic and fantastical. I start with some photos of the otherworldly Yellowstone.

Next, an explosion of fantasy in gingerbread – a Brothers Grimm themed gingerbread castle in Seattle’s annual Christmas Gingerbread Village.

Armies of Nutcrackers and Reindeer in ballet shoes are just some of the fantastical things that make Leavenworth a town less ordinary.

I hope you’re ready to trip the Light Fantastic and rustle up some truly imaginative images for your interpretation of this week’s theme. If you would like to join in (everyone’s welcome!) here’s what to do:

Here are some words of wisdom from Terry Pratchett and his Discworld characters.

So much universe, and so little time. – The Last Hero

It’s still magic even if you know how it’s done. – A Hat Full of Sky

No one is actually dead until the ripples they cause in the world die away. – Reaper Man 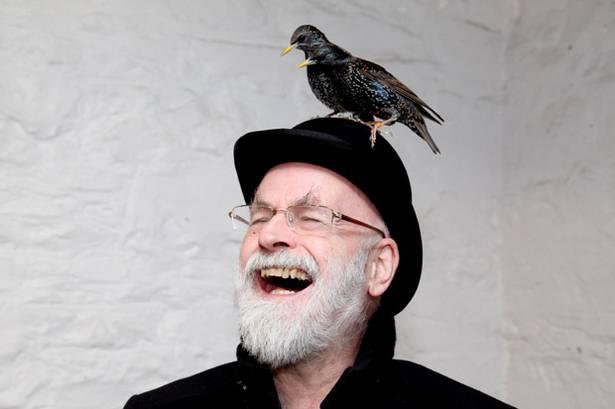 Hi there! I’m Ailsa Prideaux-Mooney. I’ve lived in many places, and travelled to many more. I had a lot of fun getting there and being there, wherever there happened to be at the time. I climbed a castle wall in Czesky Krumlov, abseiled down cliffs to go caving in the west of Ireland, slept on the beach in Paros, got chased by a swarm of bees in Vourvourou (ok that wasn’t fun, but it was exciting), learned flower arranging in Tokyo, found myself in the middle of a riot in Seoul, learned to snowboard in Salzburg, got lost in a labyrinth in Budapest and had my ice cream stolen by a gull in Cornwall. And I’m just getting started. If you’ve enjoyed what you’ve read so far, I’d love you to follow my travelogue - wheresmybackpack.com - and remember, anyone who tries to tell you it’s a small world hasn’t tried to see it all.
View all posts by ailsapm →
This entry was posted in Photography, Travel, Weekly Travel Themes and tagged humor, inspiration, photography, photos, pictures, terry pratchett, travel, weekly photo challenge, writing. Bookmark the permalink.