Not your granny’s gingerbread house

Gingerbread houses are the stuff of fairy tales, so how fitting that Seattle’s 20th Annual Gingerbread Village chose the theme “Once Upon a Time”. Fresh from my walk along Candy Cane Lane, I couldn’t resist a visit to Gingerbread Village at the Seattle Sheraton. To my surprise (and delight) they weren’t houses at all, but the most magical of castles conjured up from far, far away and long, long ago. Architecture firms from around the city collaborated with the Sheraton’s culinary team to design and create a slew of extraordinary fairy tale castles for this year’s display. Here are a few of their dramatic creations.

The next two were close contenders for my favourite castle of the evening – Beauty and the Beast Enchanted Castle and The Brothers Grimm Fairy Tale Castle – they were both truly enchanting and guaranteed to bring out your inner child.

Beauty and the Beast Enchanted Castle 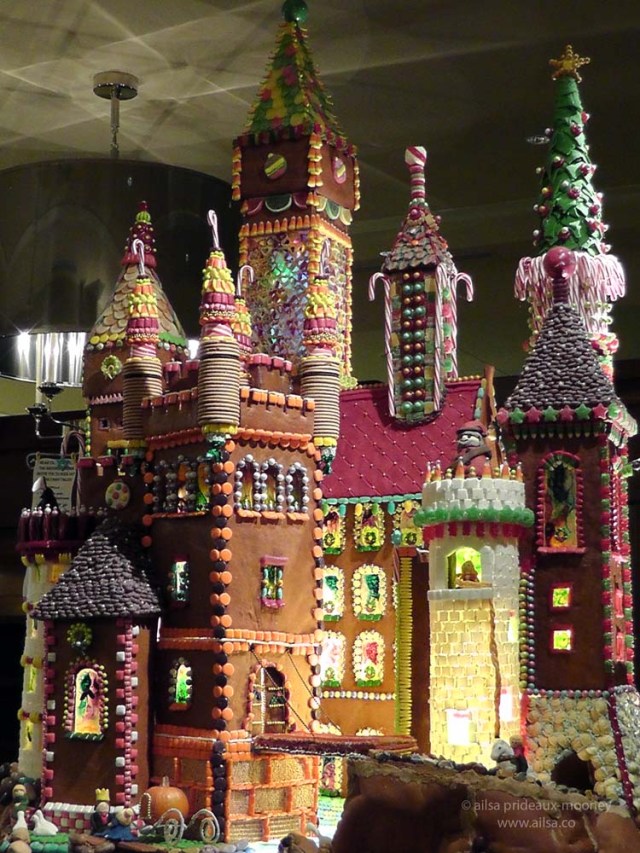 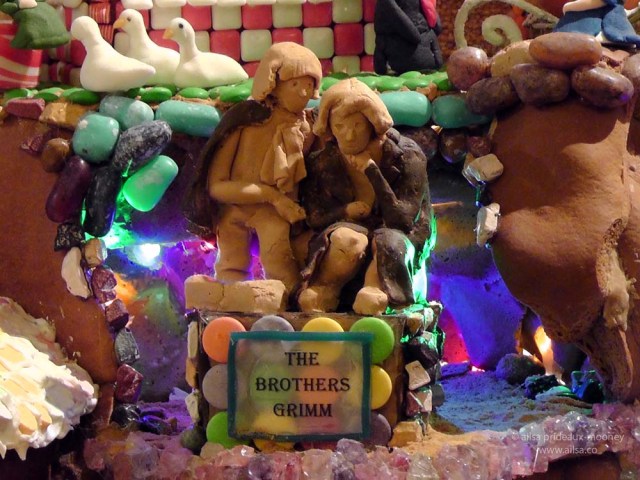 The two brothers responsible for our fascination with gingerbread houses

But I saved my absolute favourite for last. Designed by Weber Thompson and realised by Executive Sous Chef David Mestl, the Alice in Wonderland Castle was so delightful I had to go around a second time to get another look at it. I have a total nerd crush on the team behind this castle. 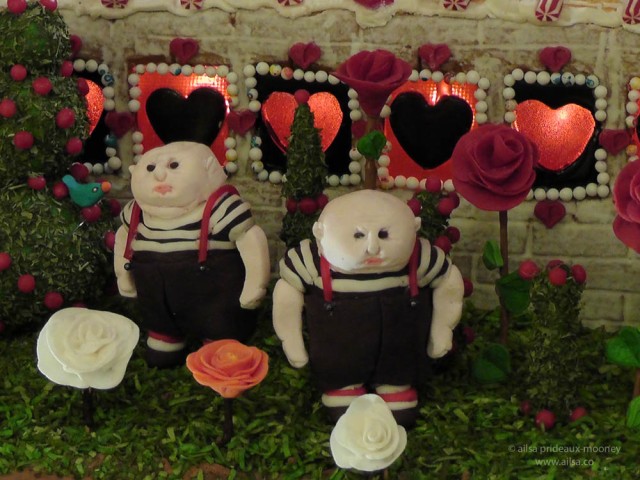 If you’re in Seattle over Christmas, make a point of checking out the Gingerbread Village for yourself. It’s open 24 hours a day, 7 days a week through to January 1st and is free but donations are encouraged; all proceeds go to the Juvenile Diabetes Research Foundation. For a little video action of these gorgeous creations, and some more shots of Christmas in Seattle, see my next post and join in this week’s travel theme, which is suitably festive.

Hi there! I’m Ailsa Prideaux-Mooney. I’ve lived in many places, and travelled to many more. I had a lot of fun getting there and being there, wherever there happened to be at the time. I climbed a castle wall in Czesky Krumlov, abseiled down cliffs to go caving in the west of Ireland, slept on the beach in Paros, got chased by a swarm of bees in Vourvourou (ok that wasn’t fun, but it was exciting), learned flower arranging in Tokyo, found myself in the middle of a riot in Seoul, learned to snowboard in Salzburg, got lost in a labyrinth in Budapest and had my ice cream stolen by a gull in Cornwall. And I’m just getting started. If you’ve enjoyed what you’ve read so far, I’d love you to follow my travelogue - wheresmybackpack.com - and remember, anyone who tries to tell you it’s a small world hasn’t tried to see it all.
View all posts by ailsapm →
This entry was posted in Photography, Travel, United States, Washington and tagged architecture, christmas, fairy tale, holidays, humor, photography, photos, pictures, travel. Bookmark the permalink.

83 Responses to Not your granny’s gingerbread house