If you’re in Seattle and in need of some holiday cheer, take a walk along Candy Cane Lane. Park Road Northeast, as Candy Cane Lane is called the rest of the year, has been dazzling Seattlites for over 60 years, turning up the Christmas music and festooning every house, street corner and roundabout with twinkling lights, reindeer, snowmen and of course, candy canes. The road, in the Ravenna area, is a small loop which takes you past sweet little brick houses with peaked rooftops, graceful archways and curved gates. You can drive it but be warned; it gets awfully busy. I popped along yesterday with a friend of mine and we decided to park around the corner and walk instead. Here are a few photos I took along the way. 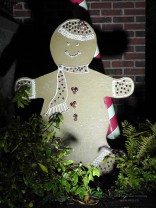 Signs saying peace in different languages peeped out of every front yard, lending cohesion (and a timely message) to the lights display. 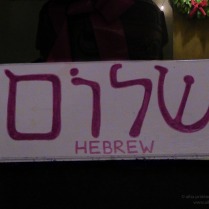 But the star of the show, for me and everyone else who walked Candy Cane Lane yesterday, was a big, fluffy dog sitting on a doorstep next to Santa Claus. 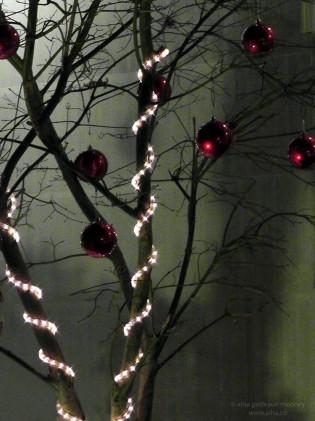 If you’re in the area, Candy Cane Lane is free and runs from 4pm to 11pm through to January 1st. If you can’t make it in person, here’s a little video footage I shot on my walk.

Hi there! I’m Ailsa Prideaux-Mooney. I’ve lived in many places, and travelled to many more. I had a lot of fun getting there and being there, wherever there happened to be at the time. I climbed a castle wall in Czesky Krumlov, abseiled down cliffs to go caving in the west of Ireland, slept on the beach in Paros, got chased by a swarm of bees in Vourvourou (ok that wasn’t fun, but it was exciting), learned flower arranging in Tokyo, found myself in the middle of a riot in Seoul, learned to snowboard in Salzburg, got lost in a labyrinth in Budapest and had my ice cream stolen by a gull in Cornwall. And I’m just getting started. If you’ve enjoyed what you’ve read so far, I’d love you to follow my travelogue - wheresmybackpack.com - and remember, anyone who tries to tell you it’s a small world hasn’t tried to see it all.
View all posts by ailsapm →
This entry was posted in Photography, Travel, United States, Washington and tagged christmas, holiday, holidays, photography, photos, pictures, travel, writing. Bookmark the permalink.