After our brief respite at Cascadian Farm, we were back on the road heading towards the North Cascades. We stopped in Marblemount to fuel up, because it is home to the last gas station before entering the park. There wouldn’t be another full service community until we got out the other side of the park and reached Winthrop, almost 88 miles away. While we were there, we stocked up on water and a few supplies for the night, grabbing a hot sandwich at a takeaway place situated in the cabin of a parked train. 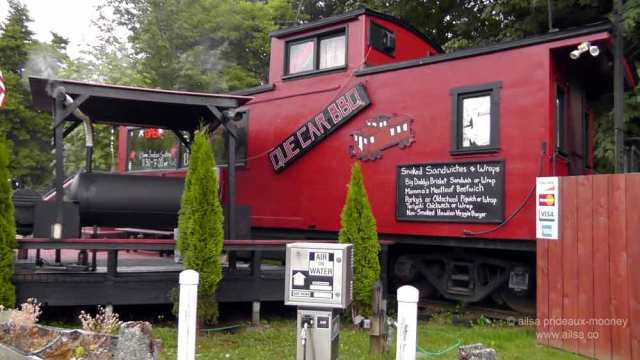 We also took the time to check out Wildwood Chapel, a diminutive church that seats a maximum of 9 churchgoers and smacks of pure Americana at its adorable best. You could almost pick it up and put it in your pocket, if you were in need of a mobile place of worship. 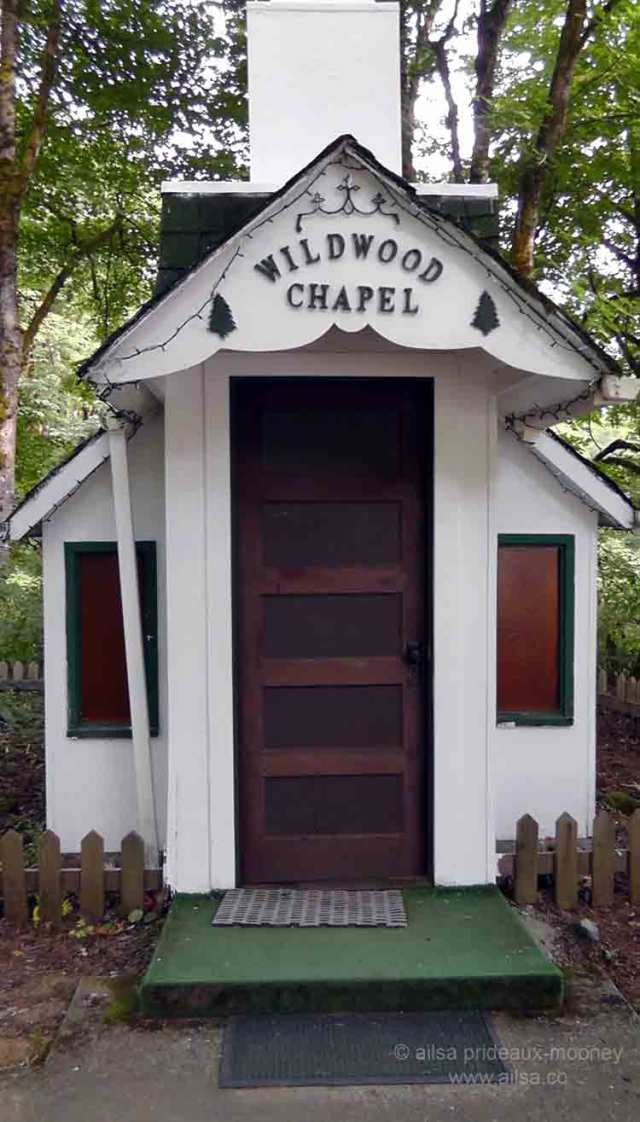 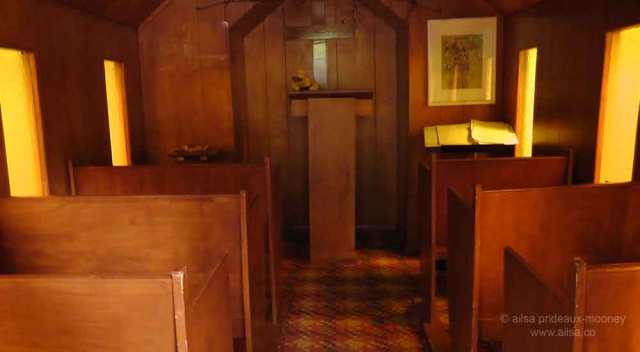 The road wound through Newhalem which is the gateway to the North Cascades National Park. It was late in the day so we didn’t bother to stop, as the ranger station would be closed by now. Instead, we kept on driving along State Route 20 which twisted through the mountains beside the Skagit River. 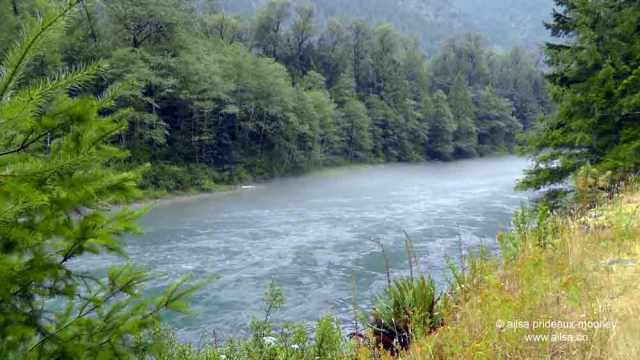 I was confused; we were now officially in the park but massive power lines skirted the roadway and cut ugly gashes across the otherwise stunning landscape. If I had looked at maps of the surrounding area before we set out, it might not have come as such a surprise; near Marblemount there’s a road that runs parallel to the North Cascades Highway called Power Line Road. Riverbeds dotted with ghostly tree stumps bore traces of what lay up ahead. 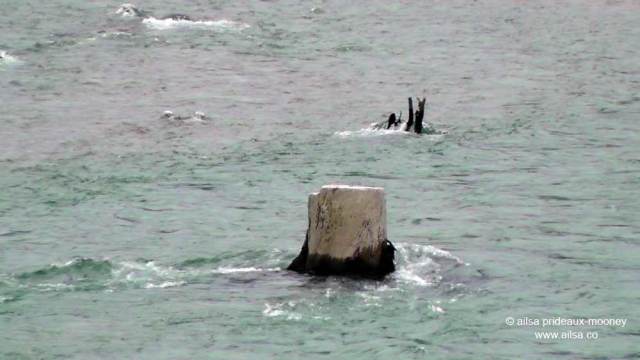 There are a total of three dams along the river, which have given rise to three major lakes – Ross, Diablo and Gorge reservoirs. They supply Seattle with hydro-electricity and were constructed by Seattle City Light before the area was established as a national park in 1968. The lakes themselves were beautiful, sparkling an iridescent, glacial green against a glorious backdrop of smoky mountains… 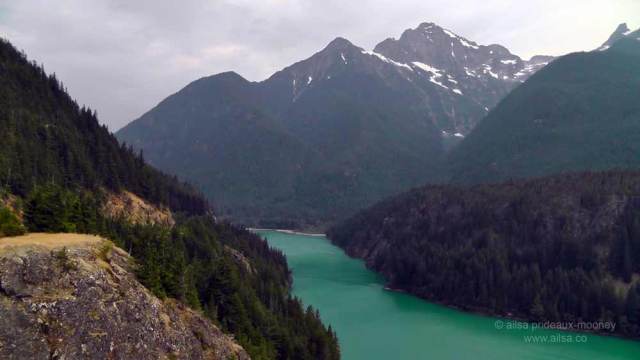 …but the power lines really got to me. It is hard to revel in the unspoilt beauty of the wilderness when you’re surrounded by pylons and the hum of electricity. In the 1920s it was all the rage for tourists to come up here to see the mountains but also to visit the hydro-electric works – there are interpretive trails in the Newhalem area that explore the history of the power stations. Nowadays, the lakes serve as a major recreation area with boating and jet ski facilities for water lovers. If you’re looking to get off the beaten track, however, the North Cascades will make you work for it. The park is wedge-shaped, running from the Canadian border in the north all the way down to Lake Chelan in the south, and there’s really only one major road that passes through it, the one we were on. Unlike other parks which have roads that wind you through large portions of the park, the North Cascades taunts you with what might lay beyond the asphalt, if you leave your car behind and go off backpacking into the wilderness. At 684,000 acres, there’s plenty of exploring to be done with hundreds of glaciers, vast subalpine meadows and miles of virgin forest. It also crosses the east-west divide of the Cascades which means you get totally different terrains within the same park; in the west the rain-drenched climes allow hemlock, fir and cedar to flourish; the high desert of the east favours ponderosa pine and sagebrush.

We pushed on further and somewhere along the way the power lines disappeared and it felt like we were finally in the park. Our little car climbed higher and higher towards Washington Pass and then suddenly, dramatically, we got our first sight of Liberty Bell, a cluster of craggy, 7,500 foot high giant peaks that feature prominently in most guides to Washington State. 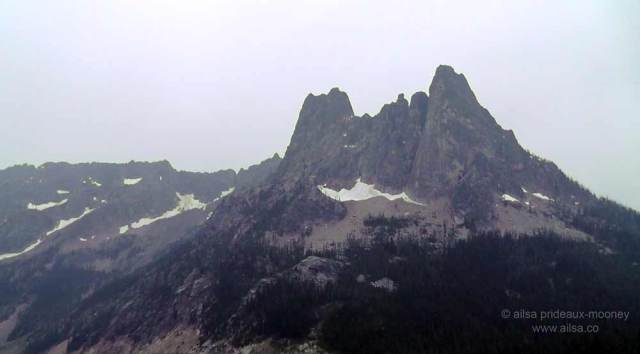 We gasped in unison. It really is an imposing sight; Mother Nature pulled out all the stops on this hulking massif. Jo glanced over at me as we approached the entrance to a trail head. “Fancy another hike?” she asked tentatively, wondering if I’d recovered from my traumatic struggle up Sauk Mountain earlier in the day. “Oh yeah” I was almost out of the car before it stopped. Jo needn’t have worried; this trail was a doddle compared to the earlier one. Paved and gently inclined, we rambled through rocky outcrops dotted with dwarf pines and marvelled aloud at the dramatic views spreading out before us. The North Cascades are sometimes referred to as the American Alps and looking around, I could see why. 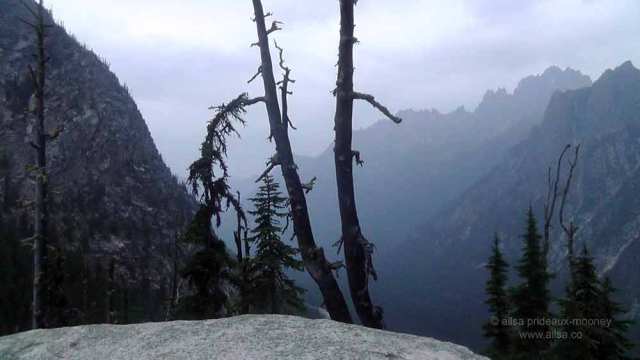 Liberty Bell towered above us as the light began to fade and a thick mist settled, dusting our faces with beads of moisture. The air smelled so fresh it was intoxicating. 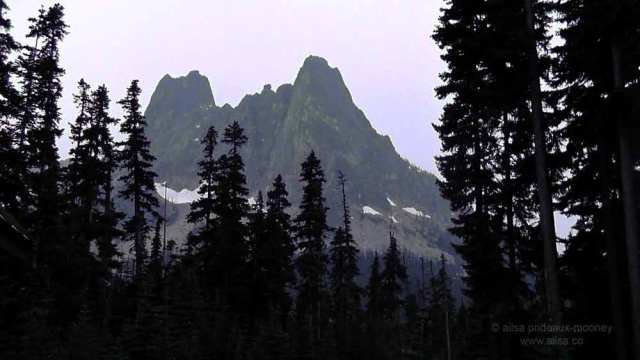 On our way out we ran into a ranger and learned to our surprise we were no longer in the national park. Somewhere around where the power lines had disappeared, we had entered the Okanogan-Wenatchee National Forest. “So this trail is maintained by the national forest?” Jo asked. “Yhup” grinned the forest ranger. “Hats off to you guys” we both agreed it was a gorgeous trail, immaculately maintained. “Come back soon” he waved goodbye as we pulled out of the parking lot and dipped down into a misty valley on the other side of the pass. 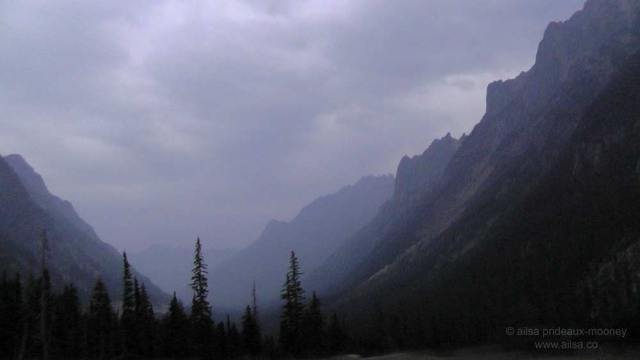 In the rear view mirror Liberty Bell watched over our departure. We decided we should come back the following day to take in the views during daylight. Our little campground, Lone Fir, was just a few miles along the road, a picture perfect forested site with a babbling brook in the background. We drove around the loops twice before settling upon our site for the night. Jo announced she wanted to try setting up the tent single-handed – she’s been dreaming of doing the John Muir Trail on her own for a while so solo tent pitching would be a must. She got almost all the way to the end, but got stuck at the last hurdle so I gave her a hand with the final step. For my part, I managed single-handed to unfurl my sleeping bag and lay it out on the back seat of the car, which, as we had established on our Great Volcano Road Trip, was the most sensible place for me sleep. Jo congratulated me on my achievement, then retired to her tent as I snuggled up in the back seat of the car and gazed up at the stars as I drifted blissfully off to sleep, secure in the knowledge that an entire car lay between me and the bears and cougars I imagined lurking behind every clump of trees.

Here’s some footage of our trip today

Hi there! I’m Ailsa Prideaux-Mooney. I’ve lived in many places, and travelled to many more. I had a lot of fun getting there and being there, wherever there happened to be at the time. I climbed a castle wall in Czesky Krumlov, abseiled down cliffs to go caving in the west of Ireland, slept on the beach in Paros, got chased by a swarm of bees in Vourvourou (ok that wasn’t fun, but it was exciting), learned flower arranging in Tokyo, found myself in the middle of a riot in Seoul, learned to snowboard in Salzburg, got lost in a labyrinth in Budapest and had my ice cream stolen by a gull in Cornwall. And I’m just getting started. If you’ve enjoyed what you’ve read so far, I’d love you to follow my travelogue - wheresmybackpack.com - and remember, anyone who tries to tell you it’s a small world hasn’t tried to see it all.
View all posts by ailsapm →
This entry was posted in Photography, Travel, United States, Washington and tagged humor, inspiration, nature, photography, photos, pictures, travel, writing. Bookmark the permalink.