Seattle‘s Georgetown neighbourhood has got it going on. It could justifiably lay claim to being the oldest neighbourhood in Seattle; the Collins party settled there in 1851 two days after the Denny party settled on Alki Point, but the houses in Georgetown prevailed unlike those on Alki which were blown away by winter storms that first year. I have been remiss in not exploring Georgetown earlier, but last weekend when I heard about the Georgetown Carnival, I made my way down to this quirky little part of town and promptly fell in love.

My first stop was the Georgetown Trailer Park Mall; a Saturday market that operates almost every weekend out of tiny little old caravans lined up along the back of a car park. The place was packed with shoppers on the hunt for local art, vintage clothing and antiques and the trailers were jumbled troves of treasure just waiting to be discovered. 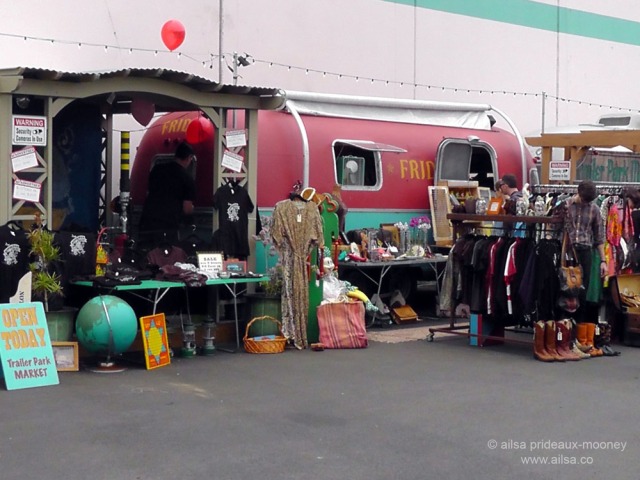 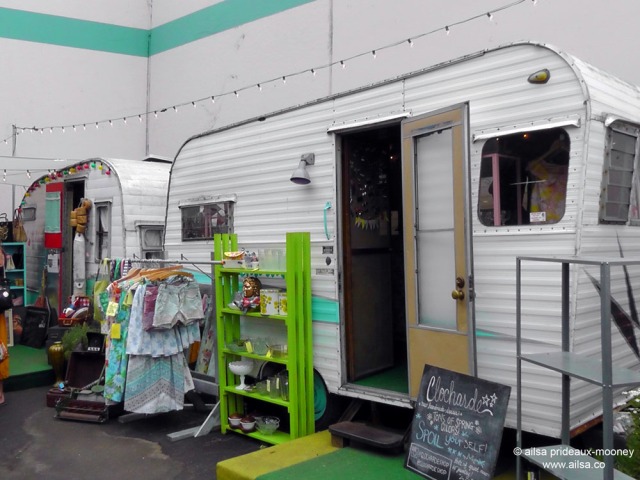 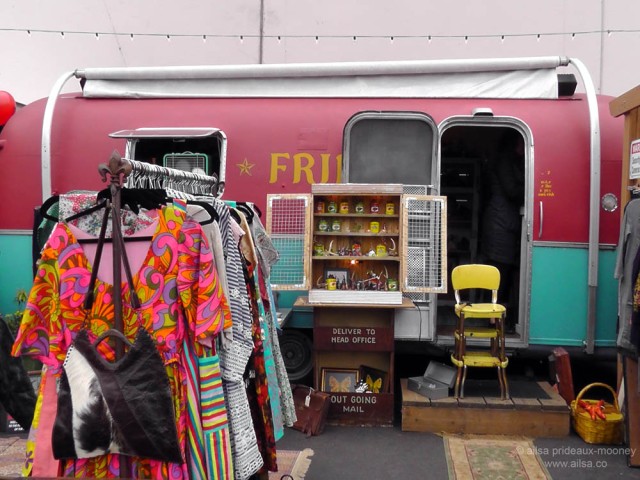 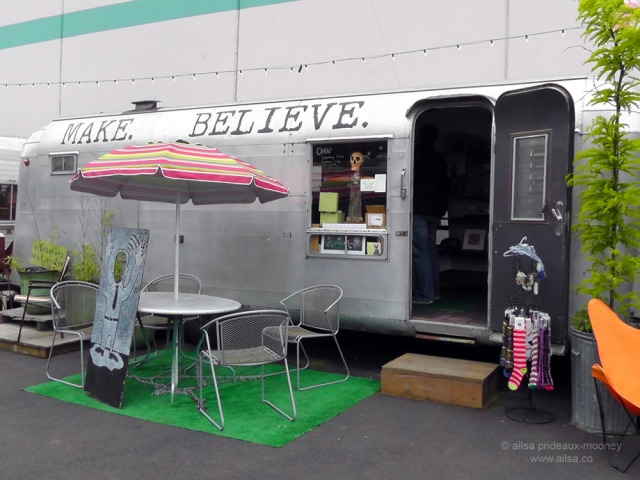 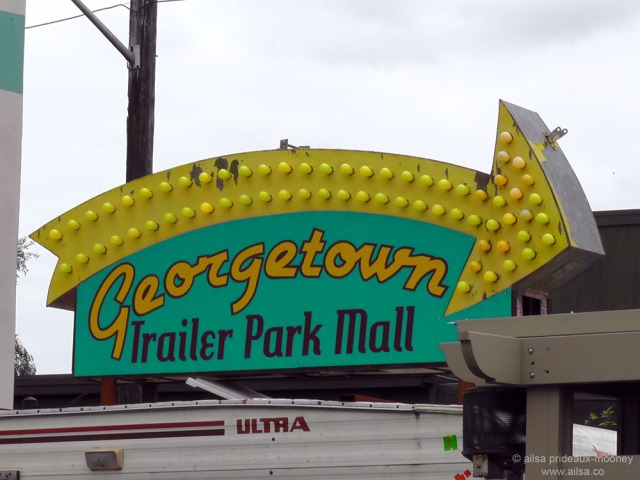 With the carnival in full swing, I wandered the streets, popping into tiny little stores and delectable coffee shops along the way. Georgetown has a deliciously shabby chic feel to it; Bohemian with a sprinkle of Goth. I loved it; everywhere I looked there was something unusual to feast my eyes upon, from a distinctly old-fashioned photo-shoot… 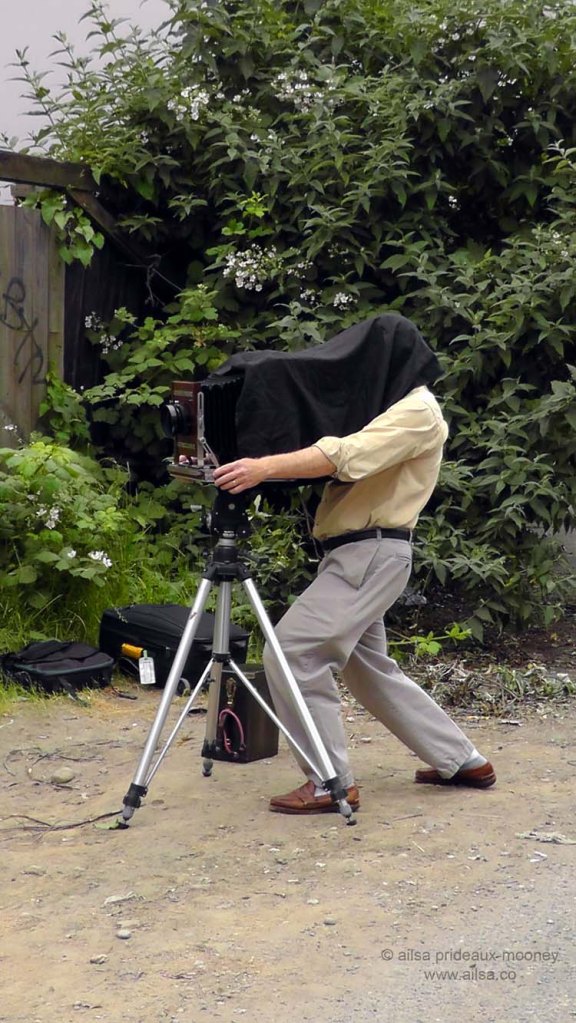 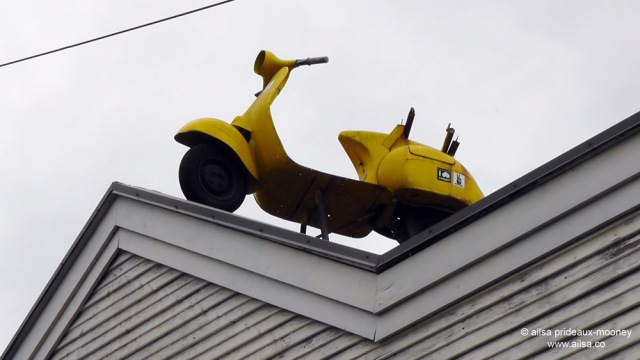 But the highlight of the day was a rather unusual carnival event, now in its eighth year, which has become the stuff of legend around this way – the Hazard Factory Power Tool Drag Races. Rather than tossing defunct electrical appliances unceremoniously in the garbage, the good citizens of Seattle prefer to give their power tools a farewell moment of glory by decking them out for the carnival and racing them against each other. Chainsaws went head to head with electric guitars on wheels and kitchen mixers did battle with souped-up barbecues for a chance to win an elusive and sought-after trophy. 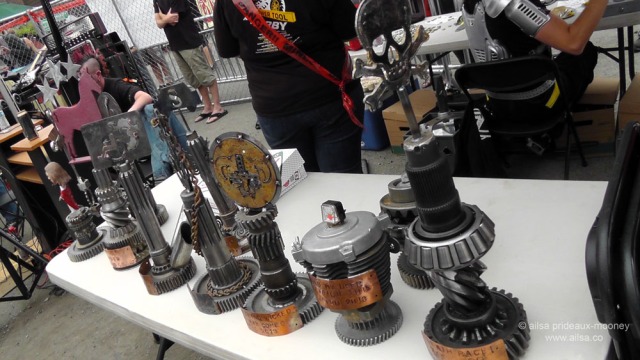 Here are a few of my favourite contenders. 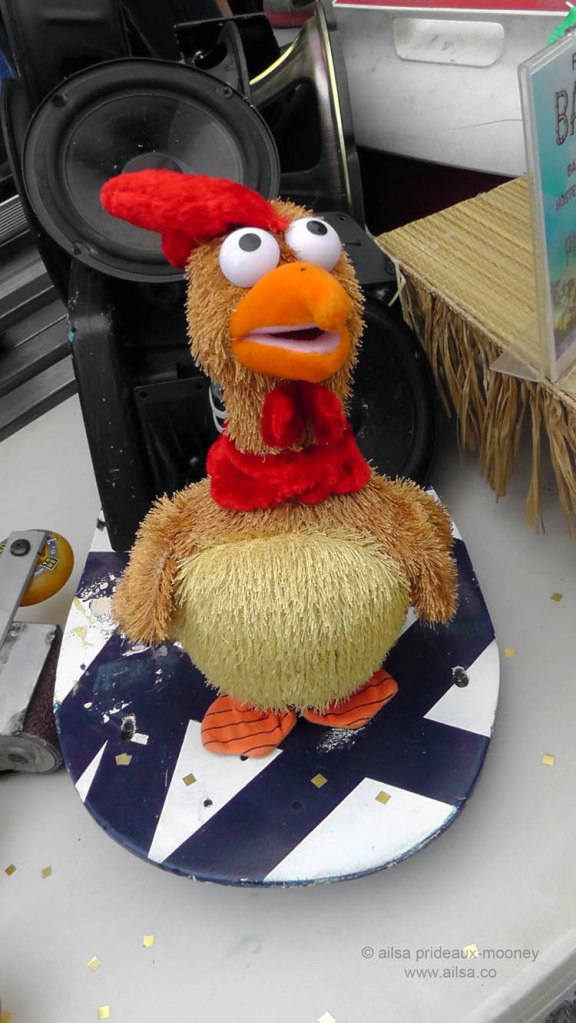 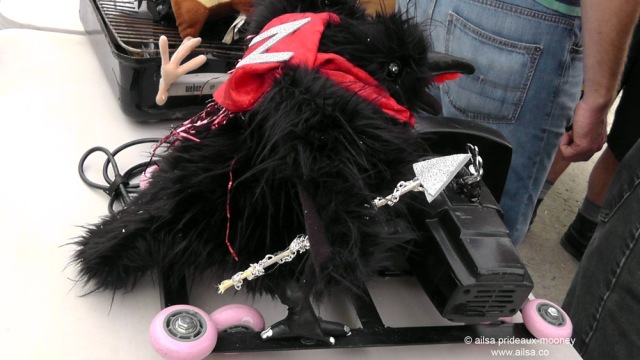 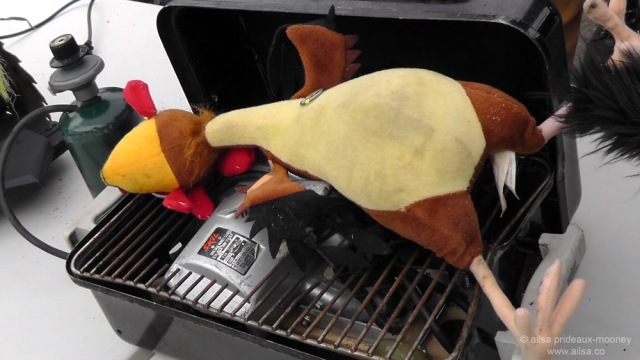 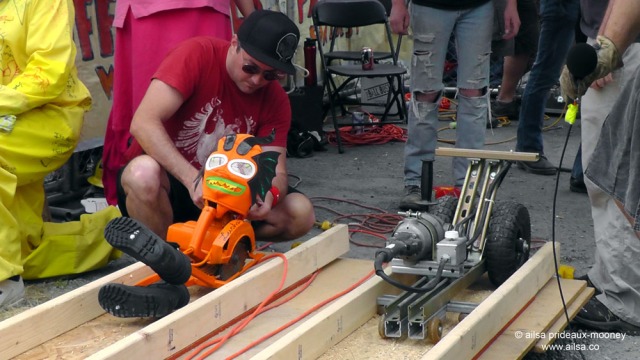 It was one of the funniest, silliest things I’ve witnessed in a long time and judging by the cheers and gales of laughter from the hoards of people watching, I wasn’t the only one having a ridiculous amount of fun. Would you like to some of those power tools in action? Here’s a 50 second video compilation of the event – I saved the best for last. For what it’s worth, my money was on the vacuum cleaner…

Georgetown, I love you!

For more on Seattle, check out The Endangered Pergola of Pioneer Square, Seattle Central Library, Trolls and Billy Goats, Seattle Gum Wall and Sleepless in Duwamps.

Hi there! I’m Ailsa Prideaux-Mooney. I’ve lived in many places, and travelled to many more. I had a lot of fun getting there and being there, wherever there happened to be at the time. I climbed a castle wall in Czesky Krumlov, abseiled down cliffs to go caving in the west of Ireland, slept on the beach in Paros, got chased by a swarm of bees in Vourvourou (ok that wasn’t fun, but it was exciting), learned flower arranging in Tokyo, found myself in the middle of a riot in Seoul, learned to snowboard in Salzburg, got lost in a labyrinth in Budapest and had my ice cream stolen by a gull in Cornwall. And I’m just getting started. If you’ve enjoyed what you’ve read so far, I’d love you to follow my travelogue - wheresmybackpack.com - and remember, anyone who tries to tell you it’s a small world hasn’t tried to see it all.
View all posts by ailsapm →
This entry was posted in Photography, Travel, United States, Washington and tagged humor, photography, photos, pictures, postaday, travel, writing. Bookmark the permalink.