In honour of Martin Luther King Day, I thought I’d post a few photos from my visit to his memorial in Washington DC on a hot summer evening last year. The granite from which the statue of Martin Luther King emerges is said to represent the determination of a generation to achieve a fair and honest society. Seventeen of Dr. King’s quotes are etched into the gracefully curved walls around the memorial and his words still ring true today. 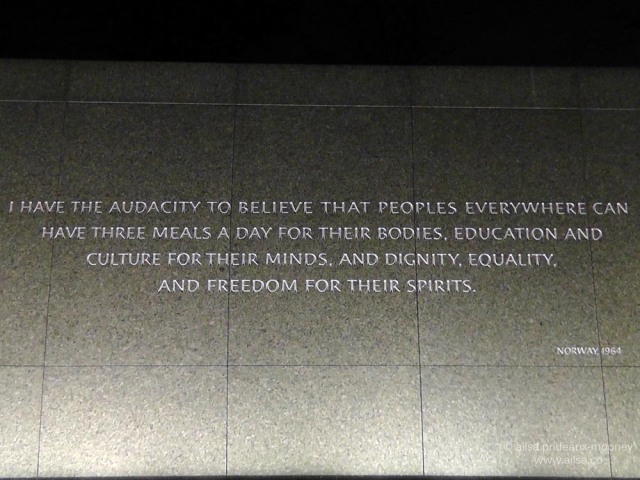 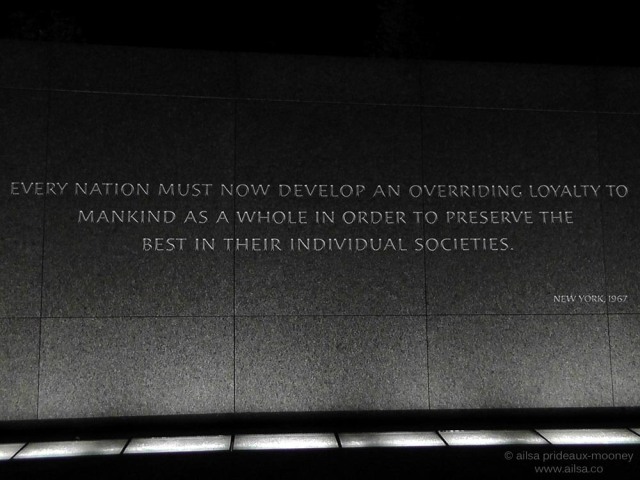 The memorial, which opened to the public on August 22nd 2011, is free to visit and open 24 hours a day. The nearest Metro station is Smithsonian, which is about a 10-15 minute walk away. The memorial’s official address, 1964 Independence Avenue SW, was chosen to commemorate the Civil Rights Act of 1964.

More on my DC trip here and here.

Hi there! I’m Ailsa Prideaux-Mooney. I’ve lived in many places, and travelled to many more. I had a lot of fun getting there and being there, wherever there happened to be at the time. I climbed a castle wall in Czesky Krumlov, abseiled down cliffs to go caving in the west of Ireland, slept on the beach in Paros, got chased by a swarm of bees in Vourvourou (ok that wasn’t fun, but it was exciting), learned flower arranging in Tokyo, found myself in the middle of a riot in Seoul, learned to snowboard in Salzburg, got lost in a labyrinth in Budapest and had my ice cream stolen by a gull in Cornwall. And I’m just getting started. If you’ve enjoyed what you’ve read so far, I’d love you to follow my travelogue - wheresmybackpack.com - and remember, anyone who tries to tell you it’s a small world hasn’t tried to see it all.
View all posts by ailsapm →
This entry was posted in District of Columbia, Photography, Travel, United States and tagged inspiration, photography, photos, pictures, travel. Bookmark the permalink.