Catacombs and Old Byzantium I

On a quiet hill in the Brookland neighbourhood of Washington DC, there is a hidden architectural and historical gem; the Franciscan Monastery of Mount St. Sepulchre.

The Franciscan order was established by Saint Francis in the 12th century, and in 1342 Pope Clement VI entrusted the Franciscans with the upkeep of all Christian shrines in the Holy Land. Their custodianship is still in effect today, and this monastery in northeastern DC was built to provide a taste of the Holy Land to those who could not travel to the original shrines. Both the building and the grounds are filled with full-size replicas of many of the principal shrines and chapels of Christianity. It is a veritable Holy Land in America.

The beautifully manicured gardens, which you got a sneak preview of in my previous post, are home to replicas including the grotto at Lourdes, the Stations of the Cross and the Portunicula church in Assisi; the church built by St Francis.

Impressive though the grounds were, however, it was what was inside that I found most spectacular. The rooftop gave a clue as to what was in store. 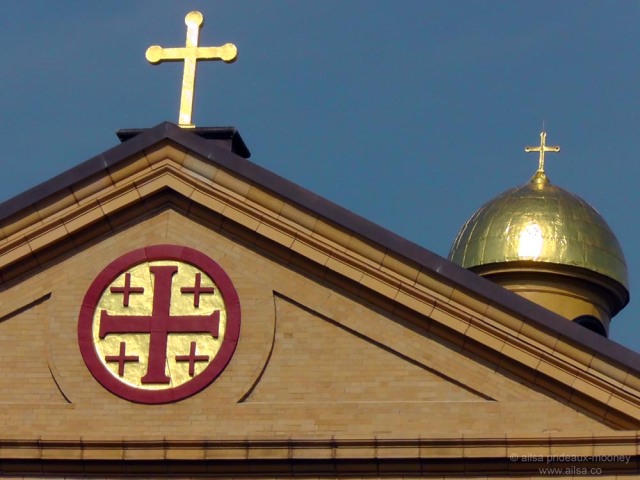 The roof adorned with a Jerusalem cross – a large cross surrounded by four smaller ones.

The Jerusalem cross (aka Crusaders’ cross) was the Crusaders’ symbol for Jerusalem, and was adopted by the Franciscans. The floor plan of the church loosely resembles the symbol, with large aisles at right angles forming a cross and dividing the space up into four quadrants, and it was built to resemble the Hagia Sofia in Constantinople. The altar is covered by a large bronze baldachin which is supported by four columns, each adorned with statues of the twelve apostles. 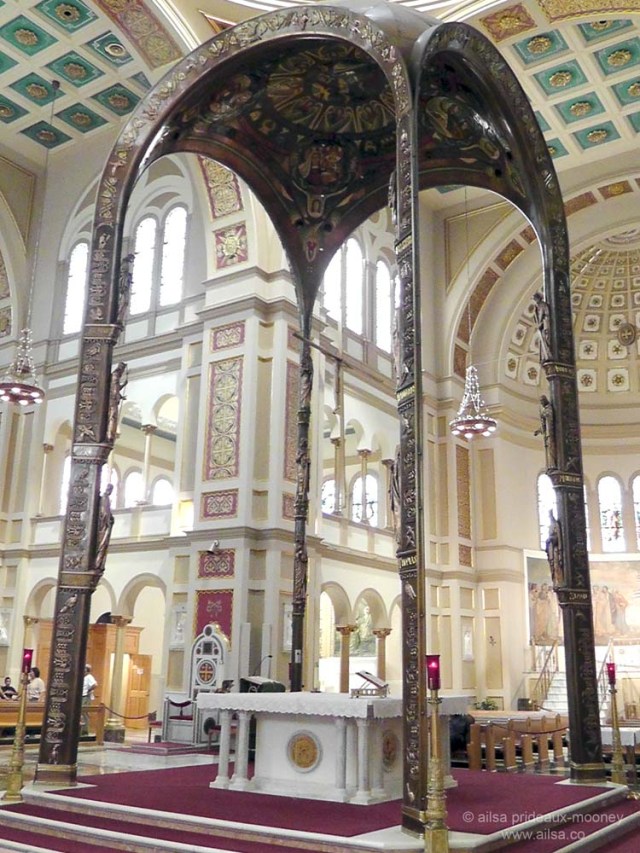 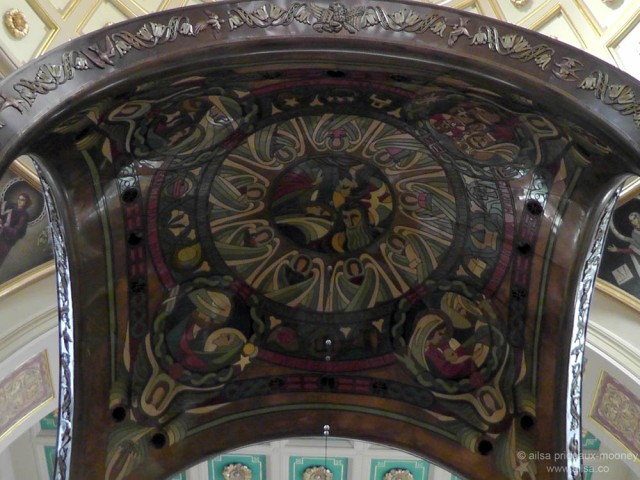 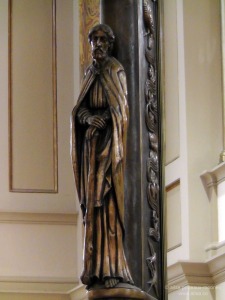 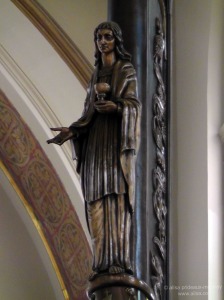 It was a dazzling display of neo-Byzantine architecture, and such an unexpected surprise that at some point along the way I forgot I was still in the US. 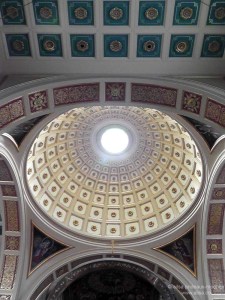 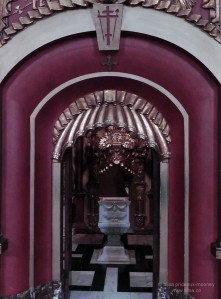 Mount St. Sepulchre is listed on the National Register of Historic Places, and is definitely worth seeking out if you are in DC. It is a little off the beaten track at 1400 Quincy Street NE, but is not too far a walk from the Brookland CUA Metro stop. The H6 bus stops nearby too.

If you go, I highly recommend a guided tour, because this is the only way to gain access to the lower church… and the catacombs. The catacombs get a post all to themselves: Catacombs and Old Byzantium II. 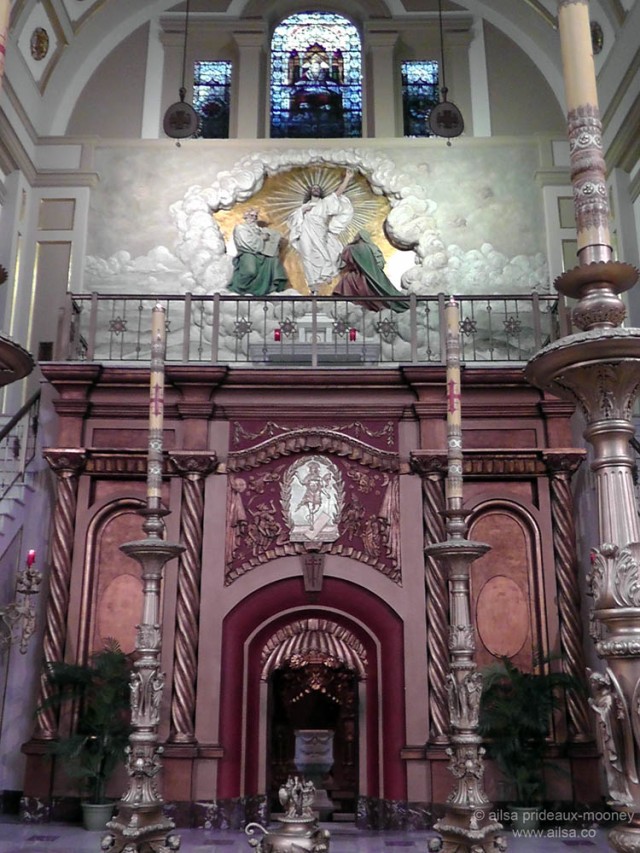 Hi there! I’m Ailsa Prideaux-Mooney. I’ve lived in many places, and travelled to many more. I had a lot of fun getting there and being there, wherever there happened to be at the time. I climbed a castle wall in Czesky Krumlov, abseiled down cliffs to go caving in the west of Ireland, slept on the beach in Paros, got chased by a swarm of bees in Vourvourou (ok that wasn’t fun, but it was exciting), learned flower arranging in Tokyo, found myself in the middle of a riot in Seoul, learned to snowboard in Salzburg, got lost in a labyrinth in Budapest and had my ice cream stolen by a gull in Cornwall. And I’m just getting started. If you’ve enjoyed what you’ve read so far, I’d love you to follow my travelogue - wheresmybackpack.com - and remember, anyone who tries to tell you it’s a small world hasn’t tried to see it all.
View all posts by ailsapm →
This entry was posted in District of Columbia, Photography, Travel, United States and tagged architecture, history, photography, photos, pictures, postaday, travel, writing. Bookmark the permalink.

50 Responses to Catacombs and Old Byzantium I