ale University campus is an awful lot of fun, in an old and crumbly kind of way, despite the fact that, at least by European standards, it really isn’t old and crumbly at all. Founded in 1701 in Saybrook, Connecticut; the university moved to its present location in New Haven, Connecticut in 1716. When you consider that the first of Oxford University’s colleges were established between 1249 and 1262 in England, and their rival Cambridge University founded the first of their colleges in 1284, Yale campus is really not that old. It could, in fact, be rightfully viewed as the new kid on the block; a mere youngster compared to its European counterparts.

You would not, however, guess that this campus is a relatively recent creation, thanks to a diverse range of architectural styles and an architect by the name of James Gamble Rogers. Rogers designed many of Yale’s buildings in the 1930s, modelling them after the colleges he’d seen in Cambridge. Yale’s campus was built to look old, incorporating all manner of delightful features such as slate roofs, weathered bricks and cobblestones. Nooks and crannies abound, with wonderful Jacobean chimneys adorning the rooftops. A tour around the campus will give photographers photo opportunities galore. I was in heaven.

New Haven is easy to get to from New York City; the Metro-North from Grand Central runs directly there. The journey takes just under two hours and an off-peak return ticket (at time of writing) will put you back $29.50. Here’s my tip for you – go on an official guided tour of the campus. The University puts on daily walking tours – see their Visitor Centre website – and I highly recommend this tour for two reasons. 1. You will get access to the interior courtyards which would be otherwise inaccessible and 2. It’s free. College students act as tour guides and show you around the grounds, regaling you with tales of Yale’s history and student misdemeanours.

Yale is home to two stunning libraries, The Beinecke Rare Book and Manuscript Library and the Gothic Sterling Memorial Library, such exquisite spaces that they deserved posts of their own.  Follow the links to read more about them. There were many other aspects of Yale that I adored too, including:

The towers, turrets and spires – Yale is full of them, everywhere you look there is another fabulous creation reaching skyward. Hogwarts eat your heart out. 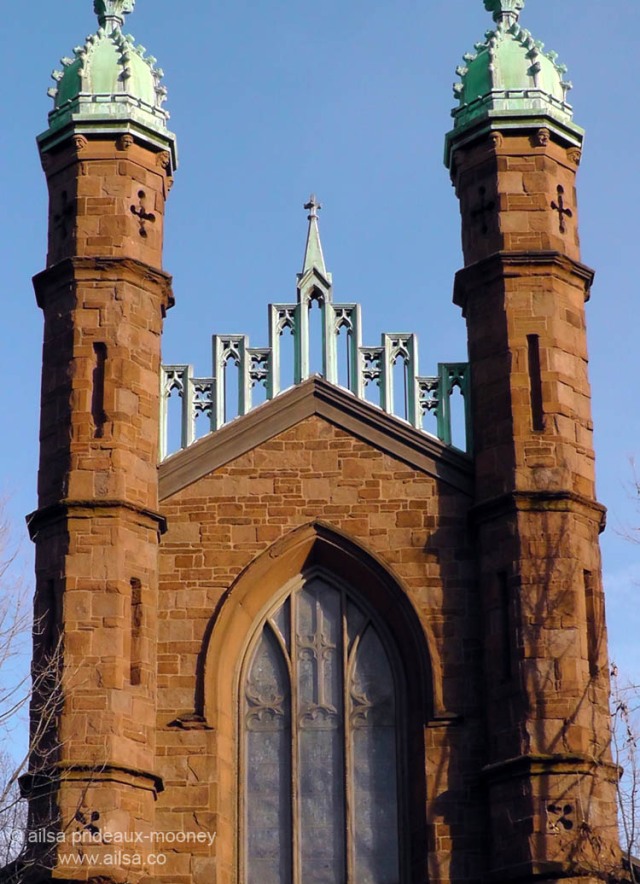 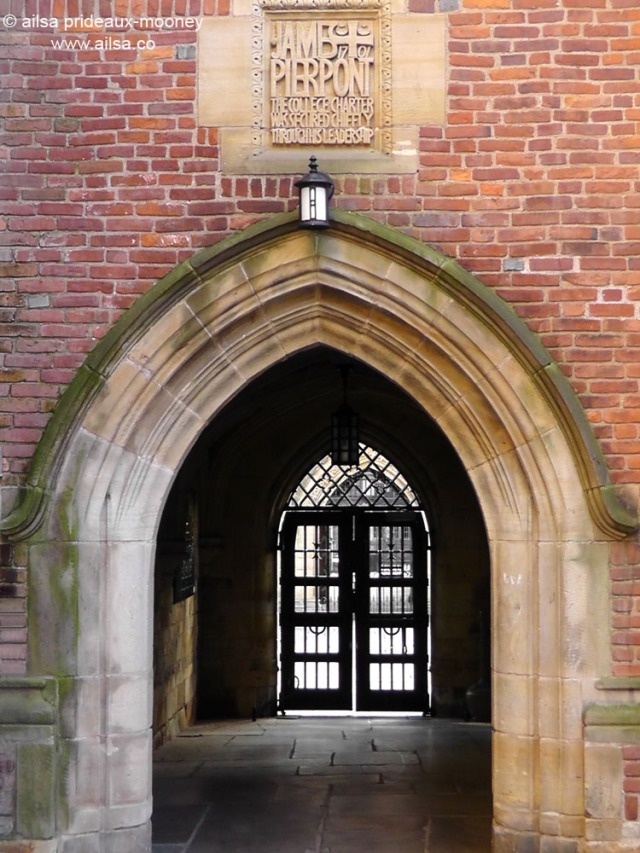 Windows, everywhere, catching light, shattering it and throwing back the most delicious reflections. In keeping with James Gamble Rogers’ vision of creating an ancient feel, the glass in these windows has been deliberately cracked. In a unique touch of whimsy, the glass many times has been cracked in the shape of a ‘Y’ to represent Yale – and then ‘repaired’ with lead. 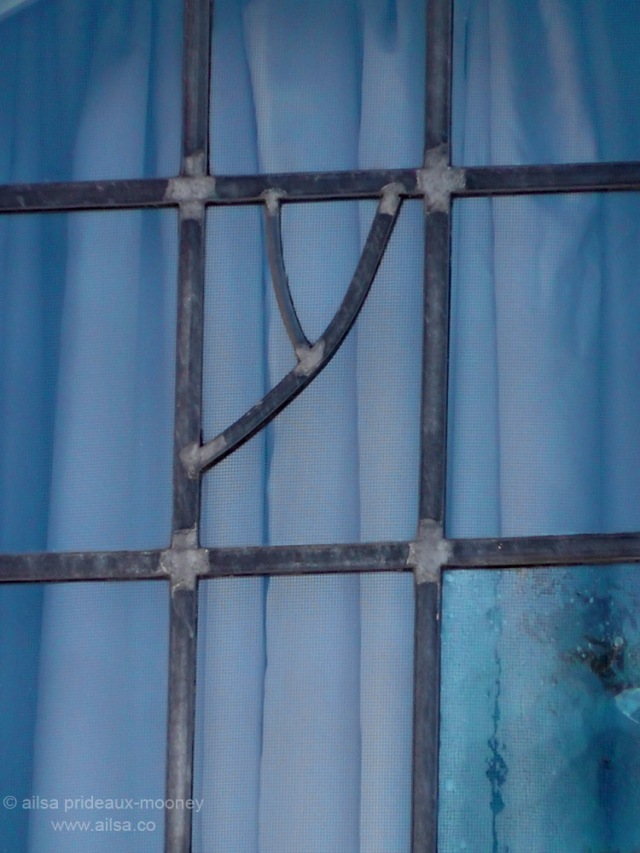 And last but not least, there were the lanterns, of all kinds and shapes imaginable, decorating and illuminating the walls of this exquisite campus. 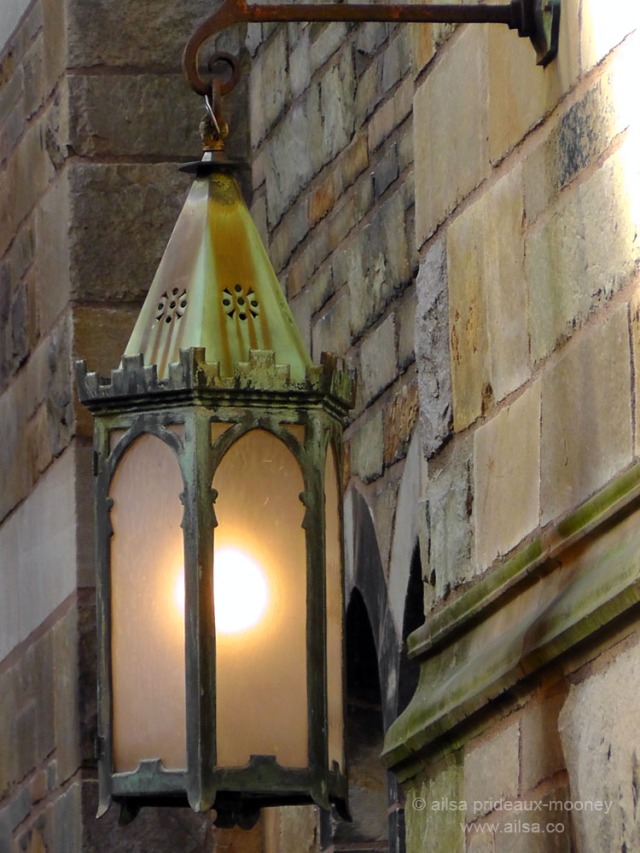 One final photo from my outing to Yale. In complete contrast to the newly ancient campus, the train station at New Haven has a delightfully modern tunnel leading to the platforms. I felt like I was on the Starship Enterprise. The only thing missing was a door that goes “shooosh”.

Hi there! I’m Ailsa Prideaux-Mooney. I’ve lived in many places, and travelled to many more. I had a lot of fun getting there and being there, wherever there happened to be at the time. I climbed a castle wall in Czesky Krumlov, abseiled down cliffs to go caving in the west of Ireland, slept on the beach in Paros, got chased by a swarm of bees in Vourvourou (ok that wasn’t fun, but it was exciting), learned flower arranging in Tokyo, found myself in the middle of a riot in Seoul, learned to snowboard in Salzburg, got lost in a labyrinth in Budapest and had my ice cream stolen by a gull in Cornwall. And I’m just getting started. If you’ve enjoyed what you’ve read so far, I’d love you to follow my travelogue - wheresmybackpack.com - and remember, anyone who tries to tell you it’s a small world hasn’t tried to see it all.
View all posts by ailsapm →
This entry was posted in Connecticut, Photography, Travel, United States and tagged architecture, history, photography, photos, pictures, postaday, travel, writing. Bookmark the permalink.