It’s the wee small hours and gale force winds are howling outside my window as I sit here wrapped in a blanket trying to come up with an idea for this week’s travel theme, so I take my inspiration from the fierce storm that is keeping me awake. Probably the fiercest thing I’ve ever encountered was this alligator skulking in the swamps down in South Carolina. I didn’t care for the way he was looking at me. Gulp.

On the trail up the mountain to visit Burg Nanstein castle in Landstuhl, Germany, there is an array of fascinating figures carved from the remains of felled trees.  Most of them are whimsical and lighthearted, but this one will haunt my nightmares forever.

This fierce lady at the Seattle Folklife Festival. 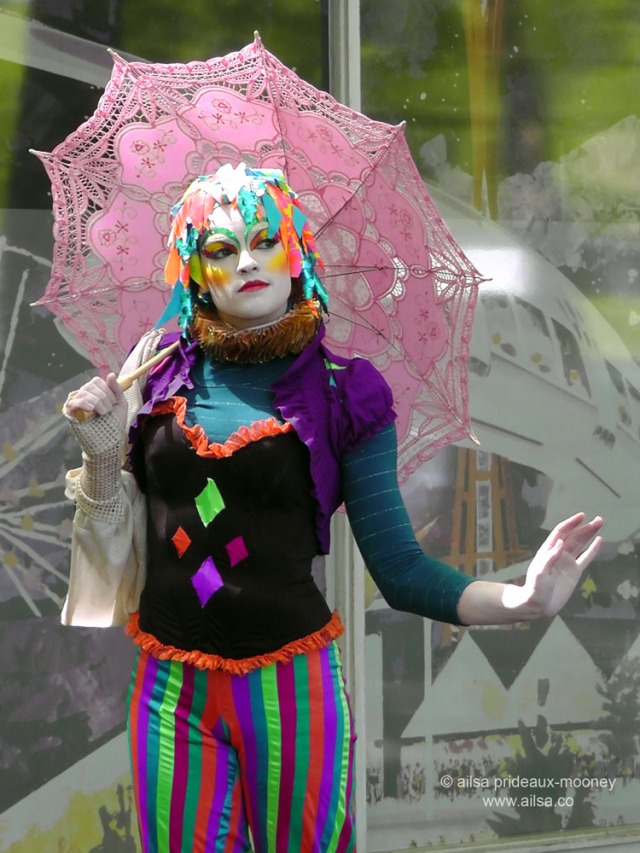 The fiercest heat I’ve ever experienced, driving through the Mojave Desert in high summer. I got out of the car at a gas station and my flip flops nearly melted. It does look awfully pretty though, with all those Joshua trees.

Are you feeling fierce enough to create your own interpretation of this week’s theme? If you would like to join in (everyone’s welcome!) here’s what to do:

The mountains, the forest, and the sea, render men savage; they develop the fierce, but yet do not destroy the human. – Victor Hugo

Nature formed me fierce, and your authority was not strong enough to curb and conquer me. – Lady Caroline Lamb

Hi there! I’m Ailsa Prideaux-Mooney. I’ve lived in many places, and travelled to many more. I had a lot of fun getting there and being there, wherever there happened to be at the time. I climbed a castle wall in Czesky Krumlov, abseiled down cliffs to go caving in the west of Ireland, slept on the beach in Paros, got chased by a swarm of bees in Vourvourou (ok that wasn’t fun, but it was exciting), learned flower arranging in Tokyo, found myself in the middle of a riot in Seoul, learned to snowboard in Salzburg, got lost in a labyrinth in Budapest and had my ice cream stolen by a gull in Cornwall. And I’m just getting started. If you’ve enjoyed what you’ve read so far, I’d love you to follow my travelogue - wheresmybackpack.com - and remember, anyone who tries to tell you it’s a small world hasn’t tried to see it all.
View all posts by ailsapm →
This entry was posted in Photography, Travel, Weekly Travel Themes and tagged humor, inspiration, photography, photos, pictures, postaday, travel, weekly photo challenge, writing. Bookmark the permalink.