A friend of mine suggested the travel theme ‘Gaudy’ after reading about my trip to Las Vegas. That made me giggle; it’s true that Vegas is quintessentially gaudy but I didn’t want to single it out as the sole perpetrator of flashy ostentation, so here are a few flamboyant encounters I have had in other cities.

Never, ever combine silver leggings, ethnic prints and blue wigs. Unless you’re promoting a show at the Edinburgh Fringe. 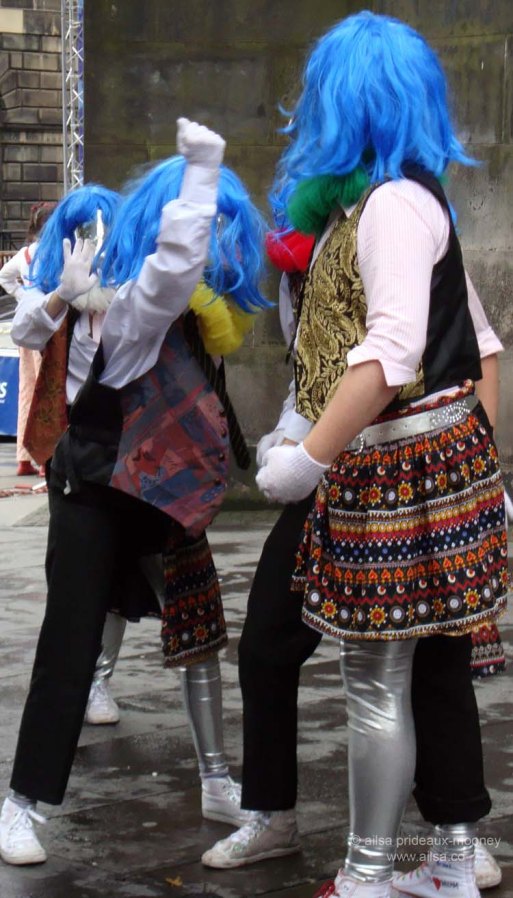 I was happily enjoying an amble along the Jersey shore when I was stopped in my tracks by the sight of these shorts for sale. They scared me a little – pink’s not a good colour for me 😉 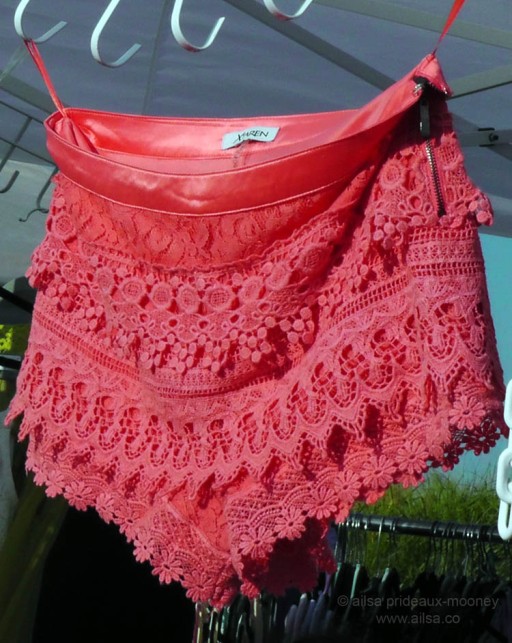 Hiking out on the Olympic Peninsula, my gaze was torn away from the breathtaking scenery by a rather ostentatious sign advertising fishing bait. A giant, irridescent metal fish was suspended from a 20 foot high fishing rod. I found the pink eye a little unnerving. 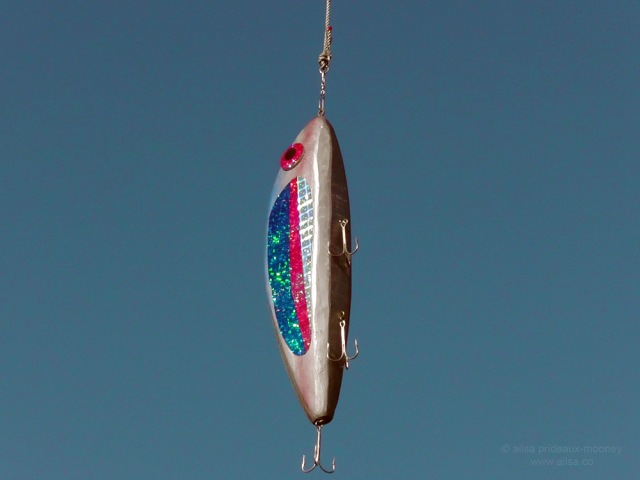 And last, but by no means least, I give you New York. Every year, Governors Island hosts the Figment Festival, giving New Yorkers a reason (as if they needed one) to dust off their fairy wings, don their tutus and break out the roller skates.

The word gaudy comes from the Latin gaudium meaning enjoyment or merry-making and while today the word may have a slightly negative connotation, it is, at its root, a celebration of the joy of excess. So go on, I dare you, embrace your inner desire to revel in colour and go seek out the excessive, the flashy, the clashing, the showy and the offensively bright. You might just have an awful lot of fun along the way! If you would like to join in this week’s travel theme (everyone’s welcome!) here’s what to do:

Hi there! I’m Ailsa Prideaux-Mooney. I’ve lived in many places, and travelled to many more. I had a lot of fun getting there and being there, wherever there happened to be at the time. I climbed a castle wall in Czesky Krumlov, abseiled down cliffs to go caving in the west of Ireland, slept on the beach in Paros, got chased by a swarm of bees in Vourvourou (ok that wasn’t fun, but it was exciting), learned flower arranging in Tokyo, found myself in the middle of a riot in Seoul, learned to snowboard in Salzburg, got lost in a labyrinth in Budapest and had my ice cream stolen by a gull in Cornwall. And I’m just getting started. If you’ve enjoyed what you’ve read so far, I’d love you to follow my travelogue - wheresmybackpack.com - and remember, anyone who tries to tell you it’s a small world hasn’t tried to see it all.
View all posts by ailsapm →
This entry was posted in Weekly Travel Themes and tagged humor, inspiration, photography, photos, pictures, travel, writing. Bookmark the permalink.