During my recent road trip, I travelled through Utah and visited Arches National Park. It was the height of monsoon season, so instead of glowing red rocks against bright blue skies, I was greeted with dark red on an eerie foggy backdrop. As I was revelling in the grandeur of Arches, a solitary girl caught my eye. She was hiding from the rain under an umbrella, gazing out into the mist and rain that surrounded us. She created such a striking figure against hazy skies and flushed rock, I simply couldn’t resist the photo opportunity. 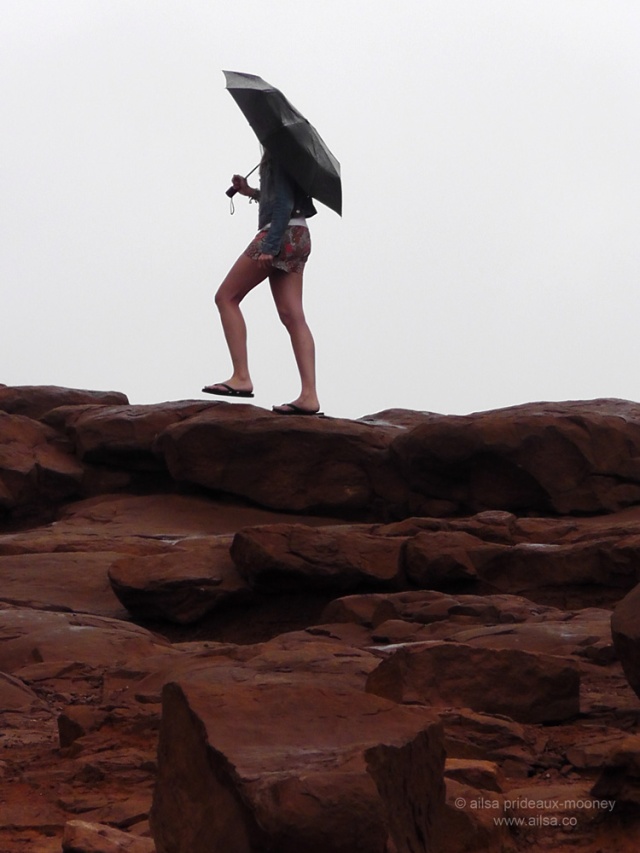 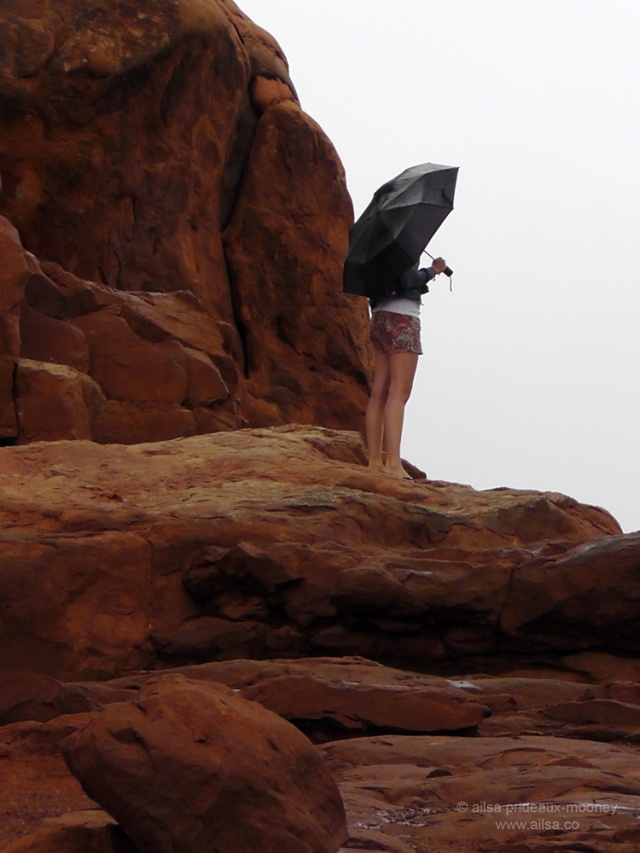 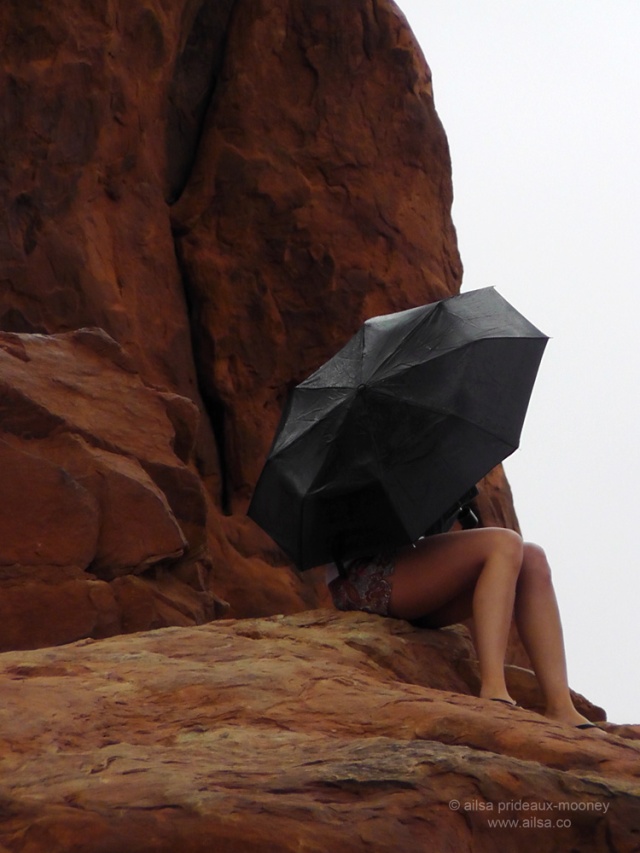 Hi there! I’m Ailsa Prideaux-Mooney. I’ve lived in many places, and travelled to many more. I had a lot of fun getting there and being there, wherever there happened to be at the time. I climbed a castle wall in Czesky Krumlov, abseiled down cliffs to go caving in the west of Ireland, slept on the beach in Paros, got chased by a swarm of bees in Vourvourou (ok that wasn’t fun, but it was exciting), learned flower arranging in Tokyo, found myself in the middle of a riot in Seoul, learned to snowboard in Salzburg, got lost in a labyrinth in Budapest and had my ice cream stolen by a gull in Cornwall. And I’m just getting started. If you’ve enjoyed what you’ve read so far, I’d love you to follow my travelogue - wheresmybackpack.com - and remember, anyone who tries to tell you it’s a small world hasn’t tried to see it all.
View all posts by ailsapm →
This entry was posted in Photography, Travel, United States, Utah and tagged photography, photos, pictures, postaday, travel, writing. Bookmark the permalink.