Transit of Venus in NYC

If there’s one thing I have learned to count on during the time I’ve spent in New York, it’s this: if there is even the slightest suggestion of an extraordinary astronomical event, I won’t see it. Massive solar storms bring the possibility of aurora spotting to the area, and dense cloud cover forms post-haste. The supermoon arrives, and so does superfog.

So it should come as no surprise that this evening, just as Venus began its transit across the sun, this happened:

Transit of clouds obscures the transit of Venus. Note the blue patch of sky nicely positioned where the sun is not. 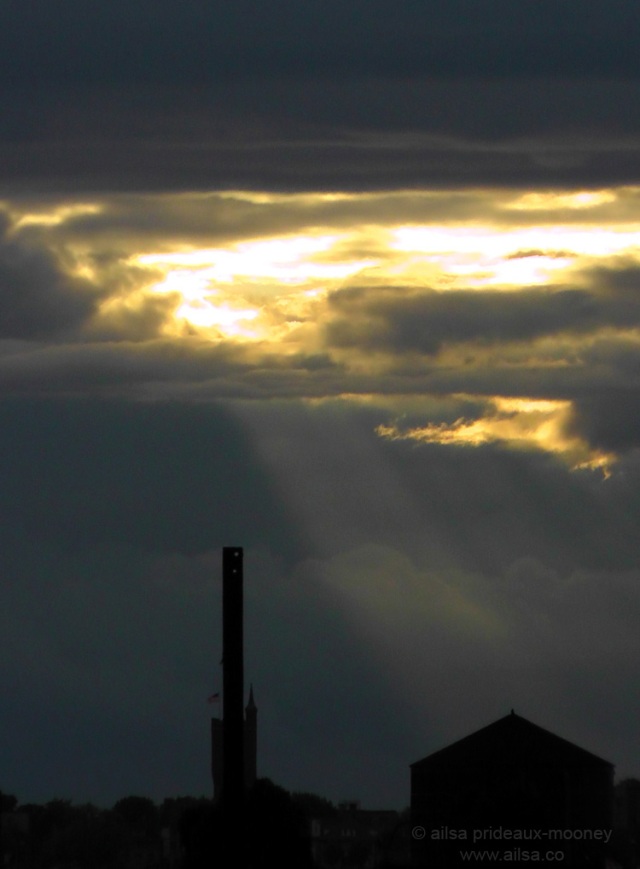 Yes, thank you for the sunbeams, weather gods, I appreciate the reminder of the sun I cannot see, which is currently being transited by Venus. Why must you mock me?

I give up. Here’s a photo of a pigeon instead.

Rooftop pigeon, visibly dismayed at missing the transit of Venus.

I’m not bothered, much. There’s always the next time, in the year 2117. Did anyone else manage to see the transit of Venus?

Hi there! I’m Ailsa Prideaux-Mooney. I’ve lived in many places, and travelled to many more. I had a lot of fun getting there and being there, wherever there happened to be at the time. I climbed a castle wall in Czesky Krumlov, abseiled down cliffs to go caving in the west of Ireland, slept on the beach in Paros, got chased by a swarm of bees in Vourvourou (ok that wasn’t fun, but it was exciting), learned flower arranging in Tokyo, found myself in the middle of a riot in Seoul, learned to snowboard in Salzburg, got lost in a labyrinth in Budapest and had my ice cream stolen by a gull in Cornwall. And I’m just getting started. If you’ve enjoyed what you’ve read so far, I’d love you to follow my travelogue - wheresmybackpack.com - and remember, anyone who tries to tell you it’s a small world hasn’t tried to see it all.
View all posts by ailsapm →
This entry was posted in New York, Photography, Travel and tagged astronomy, current events, humor, photography, photos, pictures, postaday, travel, writing. Bookmark the permalink.

38 Responses to Transit of Venus in NYC