As I scurried about my busy day today, I did notice somewhere in the back of my mind that there seemed to be rather a large naval presence in the city, but never made the connection that it was the beginning of Fleet Week until I got home. For the uninitiated, Fleet Week is a naval tradition, upheld by the US Navy, US Coast Guard, US Marine Corps and oftentimes the Canadian Navy too, where ships dock at major cities for a week and waves of uniformed men fill the streets. The first Fleet Week in New York City started in 1982 and now occurs annually.

Now that I’m aware that Fleet Week has hit, I must keep my eye out for the fabulous brass bands that put on impromptu performances in Times Square and shall keep my camera to hand just in case. Still in a state of Fleet Week ignorance this evening, I heard a series of pops, bangs and fizzles that were the unmistakable sound of a fireworks display – it was to herald the start of Fleet Week in New York. I shot straight up to the nearest rooftop where hundreds of local New Yorkers had gathered to watch the night sky light up, welcoming the sailors. 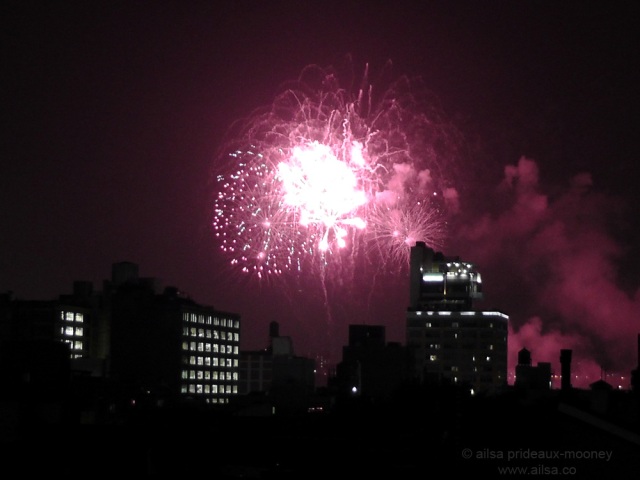 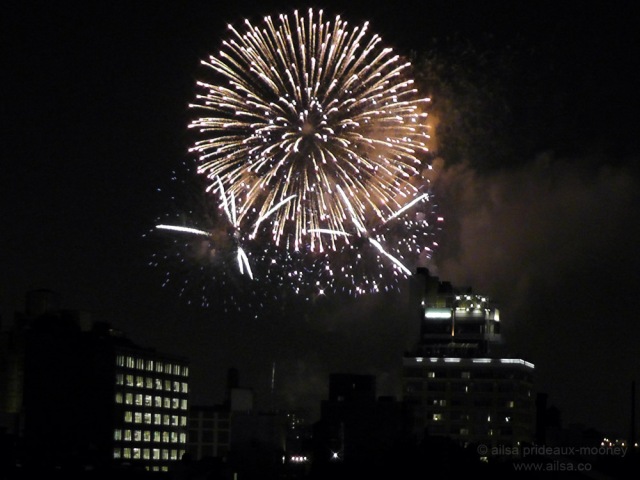 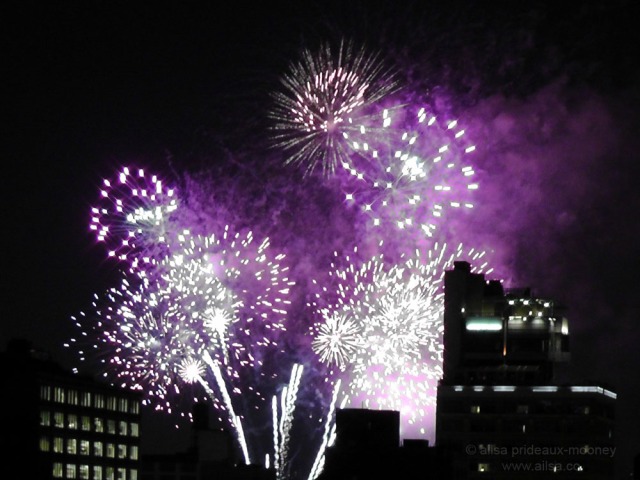 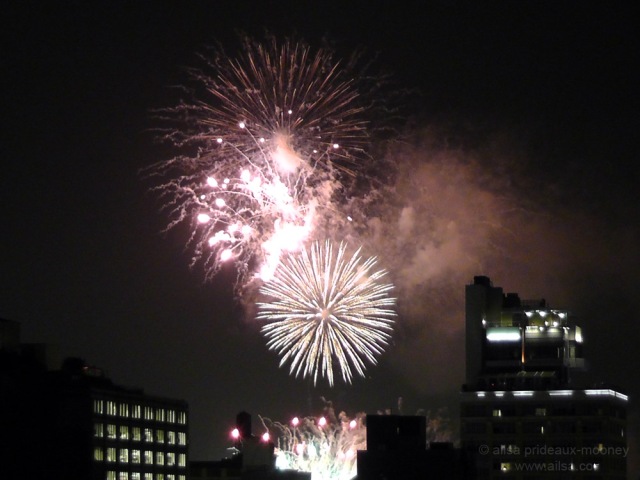 New York Fleet Week has its own Facebook page, where you can watch a video of tonight’s fireworks display. 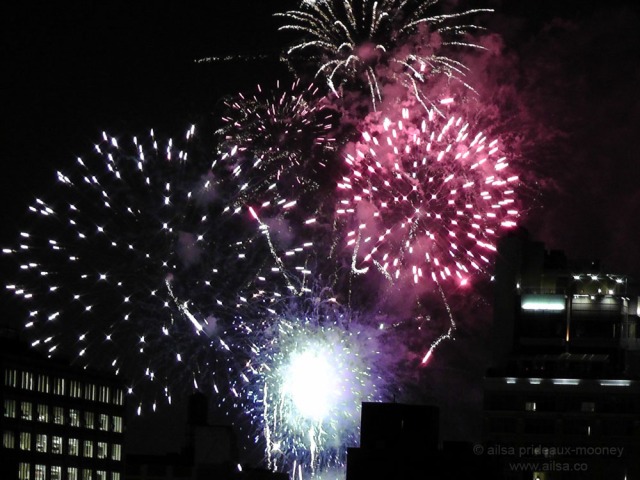 Hi there! I’m Ailsa Prideaux-Mooney. I’ve lived in many places, and travelled to many more. I had a lot of fun getting there and being there, wherever there happened to be at the time. I climbed a castle wall in Czesky Krumlov, abseiled down cliffs to go caving in the west of Ireland, slept on the beach in Paros, got chased by a swarm of bees in Vourvourou (ok that wasn’t fun, but it was exciting), learned flower arranging in Tokyo, found myself in the middle of a riot in Seoul, learned to snowboard in Salzburg, got lost in a labyrinth in Budapest and had my ice cream stolen by a gull in Cornwall. And I’m just getting started. If you’ve enjoyed what you’ve read so far, I’d love you to follow my travelogue - wheresmybackpack.com - and remember, anyone who tries to tell you it’s a small world hasn’t tried to see it all.
View all posts by ailsapm →
This entry was posted in New York, Photography, Travel, United States and tagged photography, photos, pictures, postaday, travel. Bookmark the permalink.