Golfing geese and my own private beach

After my recent seaside disappointment in Coney Island, I didn’t hold out high hopes for my excursion to the Atlantic shoreline along Rockaway Peninsula in Queens, but as luck would have it, I found the most pristine beach which, according to a local chap, was too far out for New Yorkers to bother about. He was quite right; it was completely deserted, and the only litter to be found was seashells, seaweed and crustacean shells discarded by scavenging gulls. It was like having my own private beach.

Miles and miles of empty beach 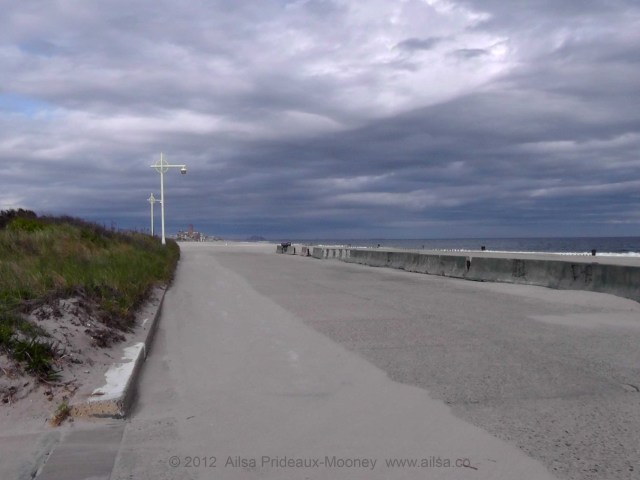 No one as far as the eye can see 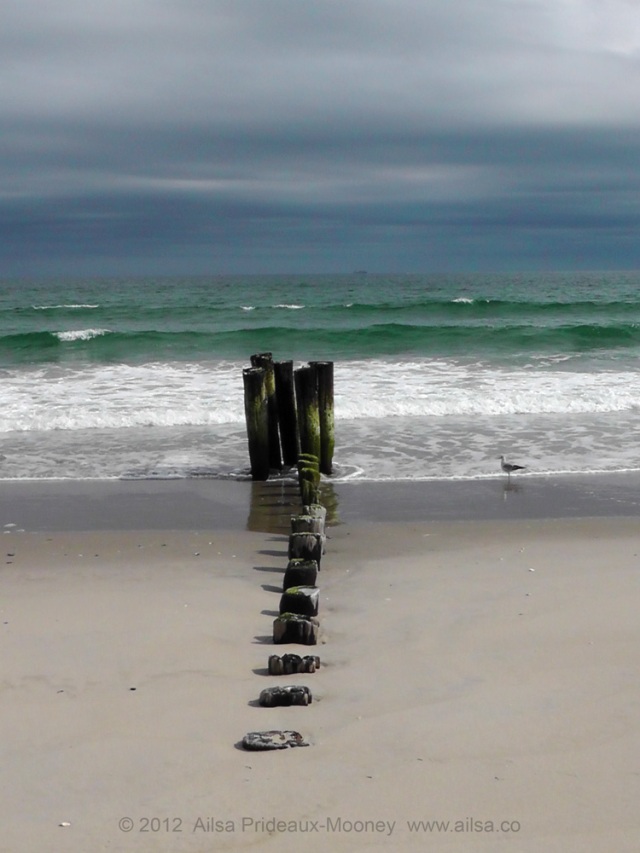 On a clear day, you can see Bermuda...ok maybe not but it is the nearest landfall in that direction

As I sat in the sand with the waves lapping at my feet, I saw skein after skein of geese drifting in graceful V formations overhead, but I couldn’t figure out where they were heading. There were an awful lot of them. On my way back from the beach, I passed by a local golf course and the mystery was solved. Apparently, the geese have figured out that the golf course is the place they’ll be least likely to be bothered by anything more annoying than the occasional golf ball. They have practically taken over the grounds. 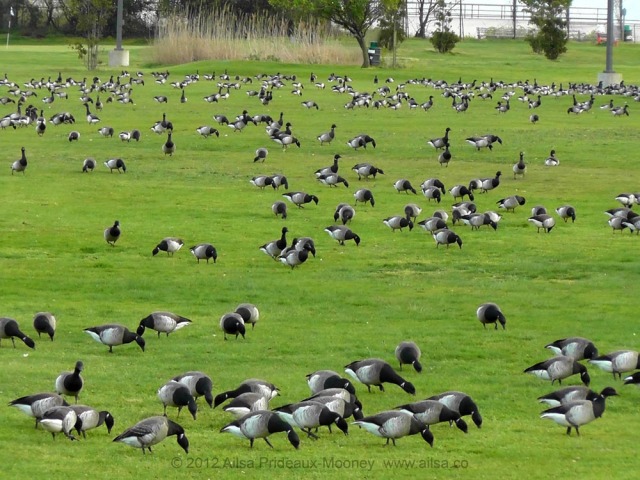 Pardon me, do you mind if we play through? Why is that one guy going the wrong way? There's always one.

Much to the dismay of local golfers, the unusually mild year-round weather has meant that these chaps haven’t bothered moving on like they usually do. It would appear that they are here to stay.

Hi there! I’m Ailsa Prideaux-Mooney. I’ve lived in many places, and travelled to many more. I had a lot of fun getting there and being there, wherever there happened to be at the time. I climbed a castle wall in Czesky Krumlov, abseiled down cliffs to go caving in the west of Ireland, slept on the beach in Paros, got chased by a swarm of bees in Vourvourou (ok that wasn’t fun, but it was exciting), learned flower arranging in Tokyo, found myself in the middle of a riot in Seoul, learned to snowboard in Salzburg, got lost in a labyrinth in Budapest and had my ice cream stolen by a gull in Cornwall. And I’m just getting started. If you’ve enjoyed what you’ve read so far, I’d love you to follow my travelogue - wheresmybackpack.com - and remember, anyone who tries to tell you it’s a small world hasn’t tried to see it all.
View all posts by ailsapm →
This entry was posted in New York, Photography, Travel, United States and tagged humor, nature, photography, photos, pictures, postaday, travel, writing. Bookmark the permalink.

17 Responses to Golfing geese and my own private beach