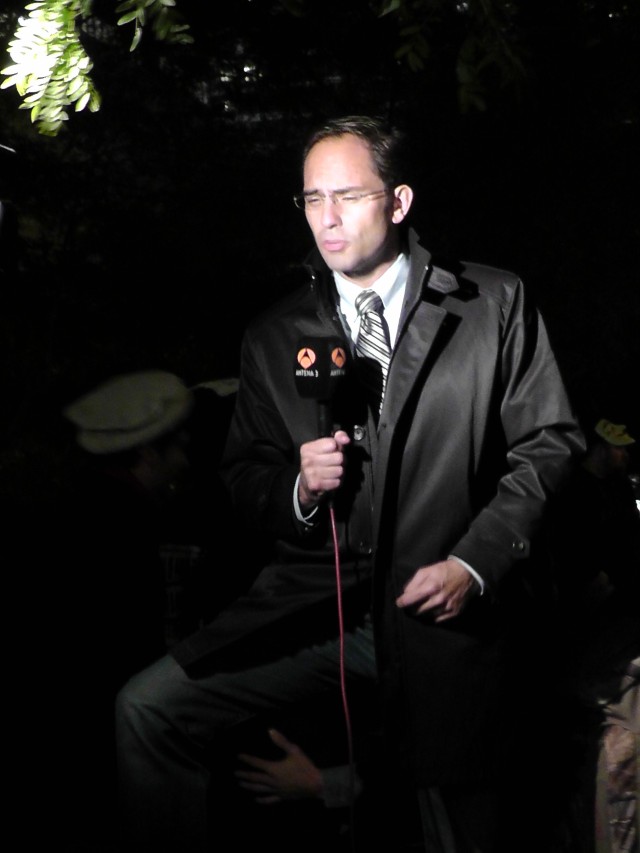 There was media everywhere - I only saw foreign press. This Spanish newscaster gets a leg up on the competition. 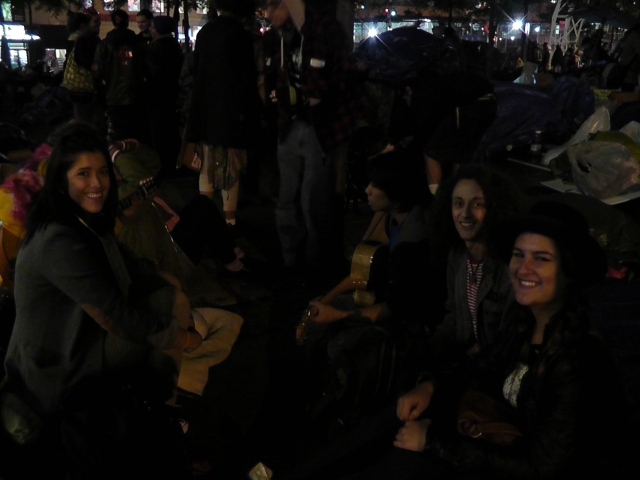 These guys have been here since day one and remain remarkably upbeat and cheerful. Quote: "The sixties are back. It's here, it's now." 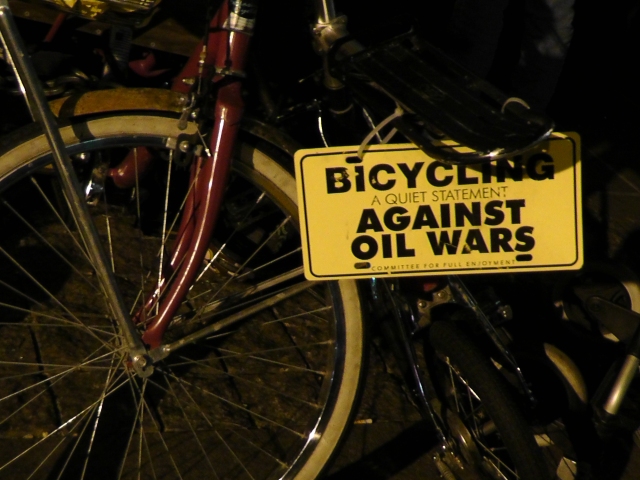 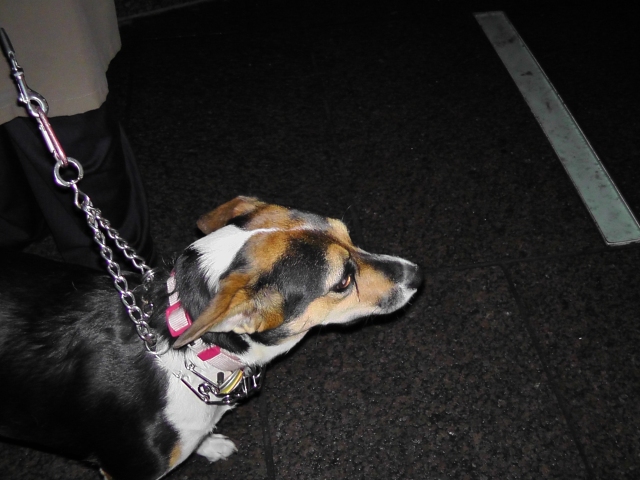 Juno dragged her faithful suit-wearing owner down to broaden both their minds.

A plethora of cellphones and laptops - the sixties 2011-style. 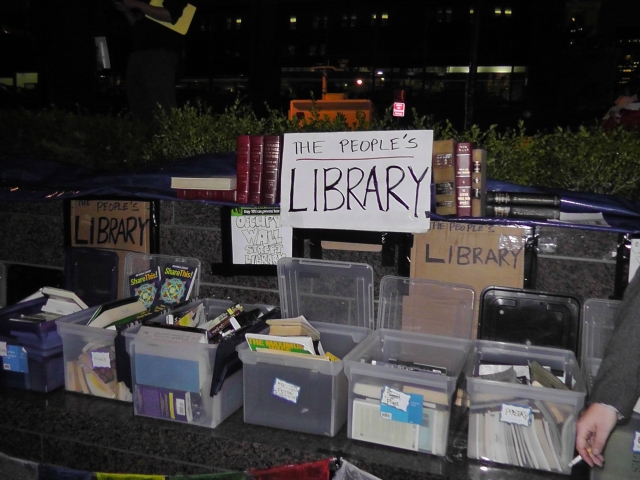 This guy knows everything there is to know about the didgeridoo. 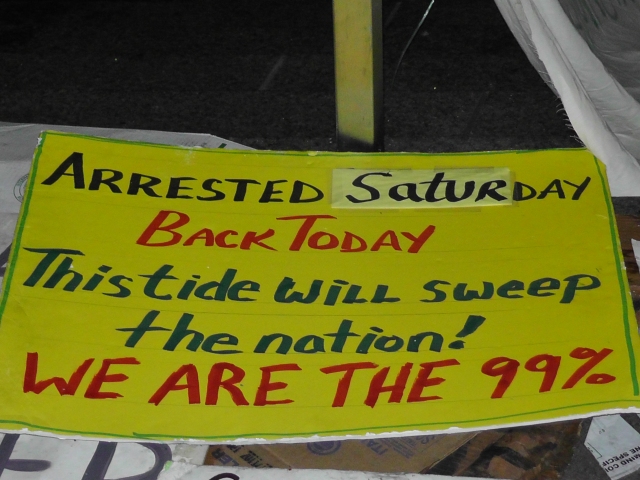 Two girls take a break on their sleeping bags - covered with tarps to protect them against the autumn downpours.

A lit candle holds a pile of protest flyers in place.

A bronze Wall Street trader rummages in his briefcase, oblivious to the drumbeats.

Hi there! I’m Ailsa Prideaux-Mooney. I’ve lived in many places, and travelled to many more. I had a lot of fun getting there and being there, wherever there happened to be at the time. I climbed a castle wall in Czesky Krumlov, abseiled down cliffs to go caving in the west of Ireland, slept on the beach in Paros, got chased by a swarm of bees in Vourvourou (ok that wasn’t fun, but it was exciting), learned flower arranging in Tokyo, found myself in the middle of a riot in Seoul, learned to snowboard in Salzburg, got lost in a labyrinth in Budapest and had my ice cream stolen by a gull in Cornwall. And I’m just getting started. If you’ve enjoyed what you’ve read so far, I’d love you to follow my travelogue - wheresmybackpack.com - and remember, anyone who tries to tell you it’s a small world hasn’t tried to see it all.
View all posts by ailsapm →
This entry was posted in New York, Photography, Travel, United States and tagged news, occupy wall street, photography, photos, pictures, politics, protest, travel, wall street. Bookmark the permalink.
%d bloggers like this: